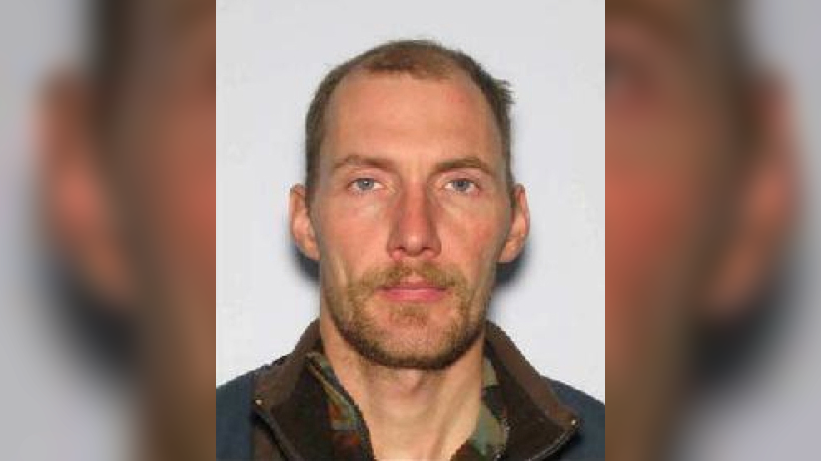 The RCMP officer who shot Peter de Groot to death back in 2014 is suing B.C.'s police watchdog for the stress he experienced during its years-long investigation.

The Independent Investigation Office didn't clear Cpl. Brian Burke of wrongdoing until late March 2018, nearly three and a half years after he opened fire on de Groot in a remote cabin where the suspect had been hiding out near Slocan.

According to Burke's lawsuit, the length of the probe exacerbate his post-traumatic stress disorder, a condition he was first diagnosed with in 2010 but had been able to manage with treatment.

"In 2016 Burke experienced a marked increase in his PTSD symptoms related to the uncertainty he faced while waiting for the conclusions of the IIO investigation," reads the claim, which was filed in B.C. Supreme Court last week.

The RCMP recommended Burke visit a psychologist after the shooting to deal with his issues. Though he agreed, the officer didn't speak to the doctor about de Groot's death or his own emotional state, according to his lawsuit.

The psychologist informed Burke that notes from their sessions would be submitted to court if requested, so the officer avoided the topics that were troubling him over "concerns about confidentiality both to maintain the integrity of the IIO's process and to protect privilege in case the IIO concluded that criminal charges were appropriate," the lawsuit says.

Burke eventually took disability leave in April 2017, and remains off work collecting his base salary.

His income is still reduced, according to the lawsuit, because he "used to work significant amounts of overtime."

He blames the decrease in pay on the IIO's probe, which he argues was conducted in bad faith.

"While the IIO's investigation into the incident was underway, the IIO was being criticized for investigations taking upwards of 18 months. It knew there was a standard for a proper investigation and breached that standard," reads the claim.

None of the allegations in the lawsuit have been proven in court.

IIO Chief Civilian Director Ronald J. MacDonald told CTV News the watchdog will be filing a response to Burke's claim, but won't be commenting on the case publicly.

"Our response to the allegations, which is all they are at this point, will be made and has to be made within the court process," MacDonald said.

The IIO was launched in 2012, and faced criticism for the handling of some of its early investigations.

A report into the IIO's probe of a police-involved shooting outside the Starlight Casino, when the agency was only months old, found the watchdog lacked adequate protocols and that its investigators needed more training.

MacDonald said the IIO has made major improvements since then, increasing its roster of investigators and creating a certified education program for their training that's unique to B.C.

"We certainly have made great strides and we're very pleased about that," MacDonald said.

The director pointed to recent IIO investigations that were completed much more quickly, including a probe into a police-involved shooting in Abbotsford that was wrapped up in three months.