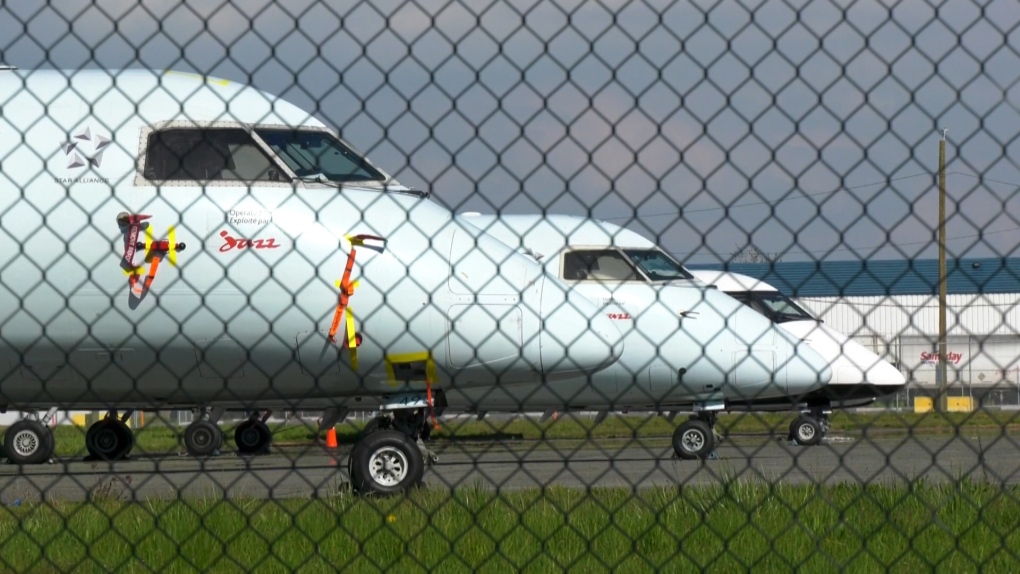 Air Canada planes sit on the tarmac at Vancouver International Airport during the COVID-19 pandemic.

VANCOUVER -- UPDATE: This article has been updated to include a statement from the Canadian Transportation Agency.

Canadian travellers have been calling for refunds ever since commercial aviation came to a standstill in March and airlines began issuing vouchers. A petition has garnered tens of thousands of signatures, and some are taking legal action against the airlines.

Prime Minister Justin Trudeau touched on the issue last month in Ottawa without committing to a course of action.

"Many Canadians are out of pocket for tickets that they are obviously not going to be using," he said.

The Air Passenger Protection Regulations never anticipated a nearly a complete shut down of the airlines.

The rules address refunds for passengers in varying circumstances and consumer advocates say the Canadian Transportation Agency has not enforced that with carriers in the case of cancelled flights due to the pandemic. In an email to McLaughlin On Your Side, the CTA took issue with the claim.

"The federal legislative framework does not set a minimum obligation for airlines to issue refunds for situations outside of the airline's control. Airlines are only required to complete the passenger's itinerary in these situations. Therefore, it is not accurate to suggest the CTA has not enforced its regulations with carriers."

The spokesperson says passengers who want a refund and have not been issued the money by their airline can file a complaint with the CTA.

The agency also states on its website: "Airlines facing huge drops in passenger volumes and revenues should not be expected to take steps that could threaten their economic viability."

Now, six consumer groups have penned an open letter to the federal government asking officials to force the airlines to issue refunds.

"This crisis has had a profound impact on Canadians, many of whom have lost their jobs or are otherwise facing a significant reduction in their income as a result of the COVID-19 pandemic," the letter says. "It is surprising, to say the least, that the federal government is not intervening to impose fairer terms of service on the carriers."

The letter, signed by representatives from the Consumers' Association of Canada, the Public Interest Advocacy Centre, Option consommateurs, and Gabor Lukacs of Air Passenger Rights, takes issue with the CTA's stance.

"We are profoundly troubled by the unattributed statements published on the Canadian Transportation Agency’s website, which appear to support the practice of imposing travel vouchers on consumers instead of refunds, showing a blatant disregard of their right to a reimbursement," the letter says.

"We are struggling to reconcile these statements with the Agency’s longstanding and legally binding position for the past 16 years, affirming the rights of passengers to a refund for flights cancelled for any reason, including reasons beyond the carrier’s control."

The group wants the government to intervene to impose fairer terms of service on the carriers.

Would-be travellers who have been trying to use the vouchers have also had problems redeeming them. Air Canada recently changed its more restrictive voucher-redemption policies, but is still not providing refunds.