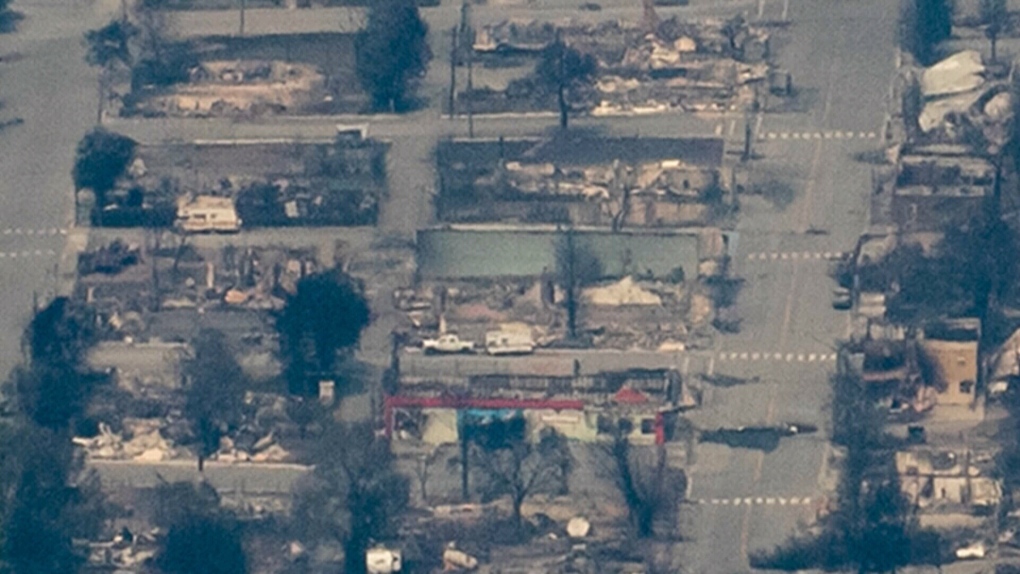 The B.C. company that has faced months of protests over its logging of old growth forests on Vancouver Island has pledged to provide enough lumber to rebuild dozens of homes in fire-ravaged Lytton.

Surrey-based Teal Jones announced Monday that it will donate approximately 500,000 board feet of lumber to the devastated village and Lytton First Nation to help with rebuilding efforts.

Spokesperson Jack Gardner, the great-grandson of the company's founder, said Teal Jones benefited from community support after a previous fire near Boston Bar destroyed one of its timber supply areas two decades ago.

"We were able to get back on solid footing with help from the forestry community in British Columbia," Gardner said in a statement. "We feel terrible for the people of Lytton and Lytton First Nation affected by this fire, and want to pay that past assistance forward. We encourage other forestry businesses to join us in the rebuilding of these resource-dependent communities."

The donated lumber will be enough to rebuild 50 homes and buildings, according to the company.

Teal Jones said it is reaching out to the Nlaka'pamux Nation Tribal Council, of which the Lytton First Nation is a member, and to the local municipal and regional governments to co-ordinate the donation.

The decision protects 884 hectares of old-growth forests in the Fairy Creek watershed and another 1,150 hectares in the central Walbran valley as the Huu-ay-aht, Ditidaht, and Pacheedaht First Nations develop long-term resource stewardship plans.

Protests and blockades have continued in the meantime, as have the arrests of demonstrators as the RCMP continues to enforce a B.C. Supreme Court injunction granted to Teal Jones back in April.

Officers have taken 382 people into custody since the injunction was granted, including at least 27 who were arrested on multiple occasions.

Most recently, the RCMP arrested three people who were "found to be locked in various devices" last Thursday. Another protester managed to evade police by jumping over the side of a bridge, authorities said.