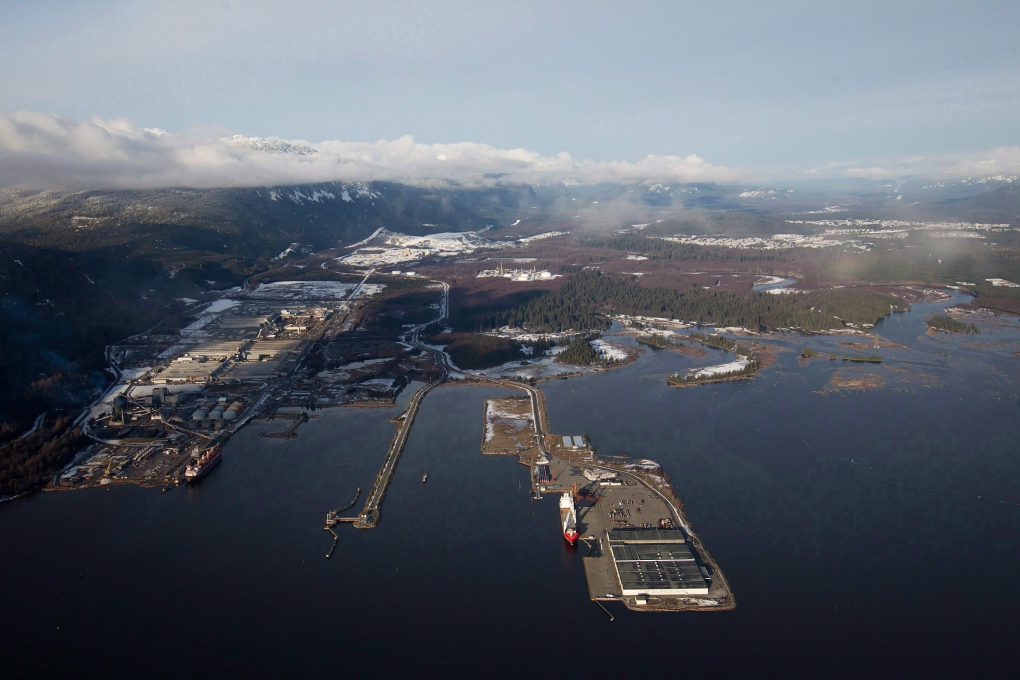 Douglas Channel, the proposed termination point for an oil pipeline in the Enbridge Northern Gateway Project, is pictured in an aerial view in Kitimat, B.C., on Tuesday January 10, 2012. (Darryl Dyck / THE CANADIAN PRESS)

VANCOUVER -- Coastal GasLink says it is ready to launch its summer construction program in British Columbia, which will see the first section of pipe buried in the ground next month.

The company says in a statement that construction also begins this summer on a compressor and metering stations that will form anchor points along the 670-kilometre pipeline running from the Dawson Creek area to Kitimat.

Work on the main compressor station is slated to begin in July and the company says activity on the entire project will gradually ramp up in the following months.

It expects to reach a peak in September, with a workforce of more than 2,500.

Opposition by the hereditary chiefs of the Wet'suwet'en Nation to construction of the pipeline through their traditional territory set off demonstrations and blockades that shut down large parts of the national economy in February.

When complete, Coastal GasLink says its pipeline will deliver at least 2.1-billion cubic feet of natural gas everyday to a LNG Canada liquefied natural gas facility being built in Kitimat.

Contempt of court charges were dropped this month against 22 members of the Wet'suwet'en and their supporters who were arrested in northwestern B.C. during protests against the pipeline.

This report by The Canadian Press was first published June 17, 2020