Coast to coast: How B.C.'s housing costs compare with the rest of the country 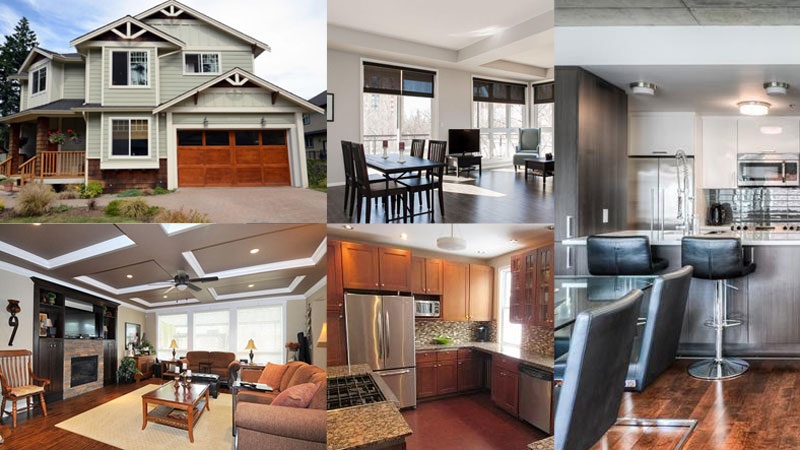 The average cost of housing in Vancouver is nearly 10 times the average of some Canadian cities.

The average cost of housing in Vancouver is nearly 10 times the average of some Canadian cities, according to recently released government data.

An infographic released Monday by a Canadian apartment listing website shows the average cost per home in 24 cities across the country, from Victoria to St. John's.

The graphic was published by RentSeeker.ca, one of Canada's largest real estate websites, and was created with data released by the Canada Mortgage and Housing Corporation and the Canadian Real Estate Association. It includes a sample of cities across the country, but does not list costs in the Canadian territories because the information was not available through the CMHC.

According to the data, the average home in Vancouver costs $1,093,267, up 23 per cent from last year. The average was calculated using the costs of all dwellings, from microcondos to mansions.

In Alberta, residents of Edmonton and Calgary can expect to pay an average of $379,524 to $455,220. Both markets have barely moved in the last year.

Housing costs in Saskatoon, Regina and Winnipeg hover around an average of $300,000.

Second to British Columbia, the highest home cost average is unsurprisingly in the Toronto area. Residents of Canada's largest city face an average cost of $688,181, up about $75,000 from last year.

With a price tag of $154,700, Saint John, N.B. is the city with the lowest average cost of those included in the map. Maritimers pay the highest housing costs in Halifax, St. John's and Moncton.

Although the housing costs shown vary from less than $200,000 to more than $1 million, the size of home available for those averages vary even more dramatically. CTVNews.ca found out what these average prices can buy in a photo gallery.

Last year, CTVNews.ca worked with RentSeeker.ca to examine the average rent prices across Canada, and the cost of renting an apartment in the biggest cities in Canada and the U.S.

The infographic below shows the breakdown of costs by city and year. It can be viewed in a larger format online. 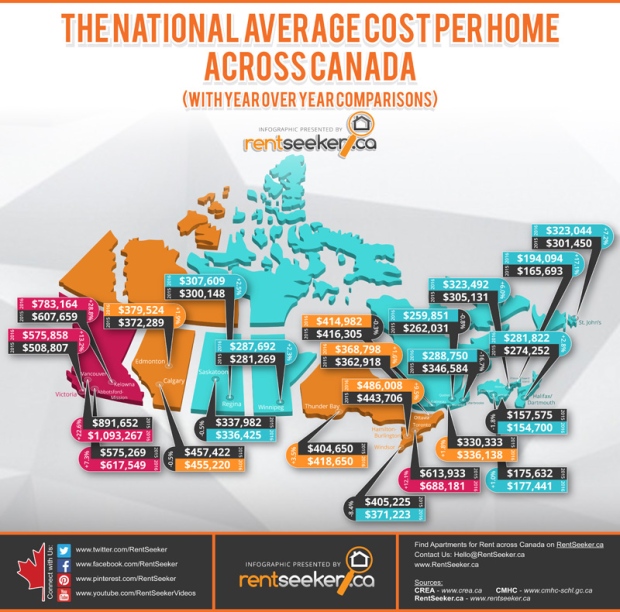 Cost by city: What the average home price buys