'Clearly time to move on,' Surrey mayor says of petition on police transition 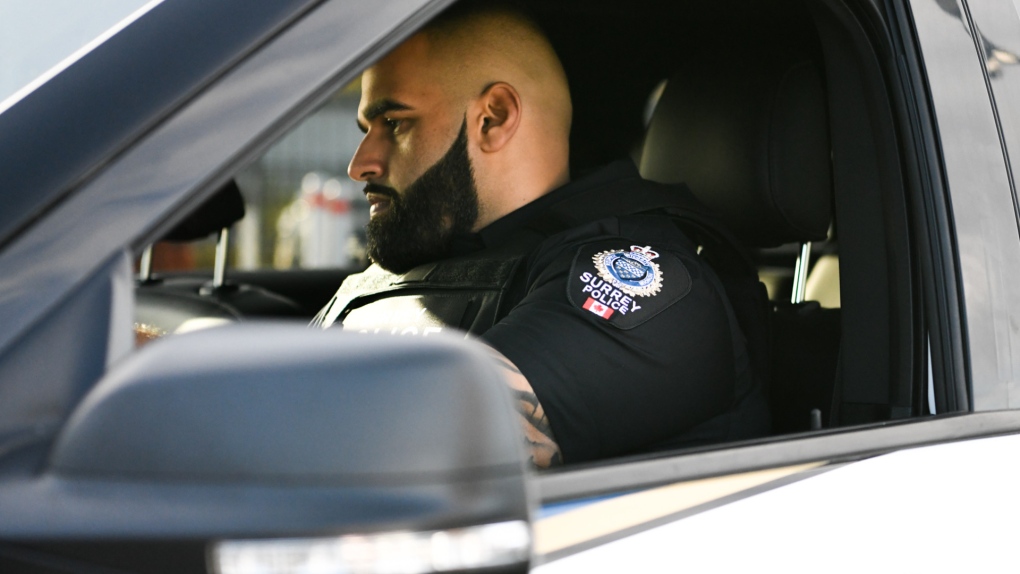 A first look at the Surrey Police Service uniforms is provided by the SPS.
VANCOUVER -

A long-time backer of a plan to switch Surrey's policing from the RCMP to a municipal force says the results of an attempt to stop the transition show it's "clearly time to move on."

In a brief statement, Surrey Mayor Doug McCallum – who campaigned largely on the promise of a police transition – wrote that Elections BC announced the "failure" of a petition to launch a referendum on the issue.

The final day for signatures was Sunday, and Elections BC said Tuesday morning that the effort was unsuccessful. Those behind the petition did not receive the number of signatures required.

He said Tuesday the results show efforts to stop the transition need to cease.

On the same day, the Surrey Police Service issued a news release "revealing" the look of the uniforms its frontline officers will be wearing when they join the RCMP on city streets next month.

Photos show the uniforms, and a news release describing them highlights "lightweight soft body armour" and "radio and equipment holders which maximize comfort."

According to the incoming police service, the shoulder flashes on the uniforms feature the Coast Salish Eye and six stars as a way to represent the region and the city's town centres.

Officers with the SPS will be carrying 9-mm Glocks with mounted lights, the service said, as well as slash- and puncture-resistant gloves, tourniquets and conducted energy weapons (often referred to by the brand name Taser, though it is unclear what brand police will be using in Surrey).

Officers will also be trained in less-lethal options.

The first group of Surrey Police Service officers will be assigned duties by Nov. 30, and will be working with the RCMP as part of the first step of the transition.

That transition has been controversial, and has included everything from city councillors leaving their political party to a mischief probe tied to allegations made by the mayor.

The provincial Liberal party campaigned last year on a province to pause the transition, and critics have raised concerns about escalating costs.

The union representing the RCMP, too, spoke out, asking for a temporary halt to recruitment efforts amid escalating gang violence.

But others support the plan, with advantages including that there will be more local control over police in the area.

Ten children in Canada were found to be suffering from acute severe hepatitis not caused by known hepatitis viruses over a nearly six-month period recently, the Public Health Agency of Canada announced Friday.