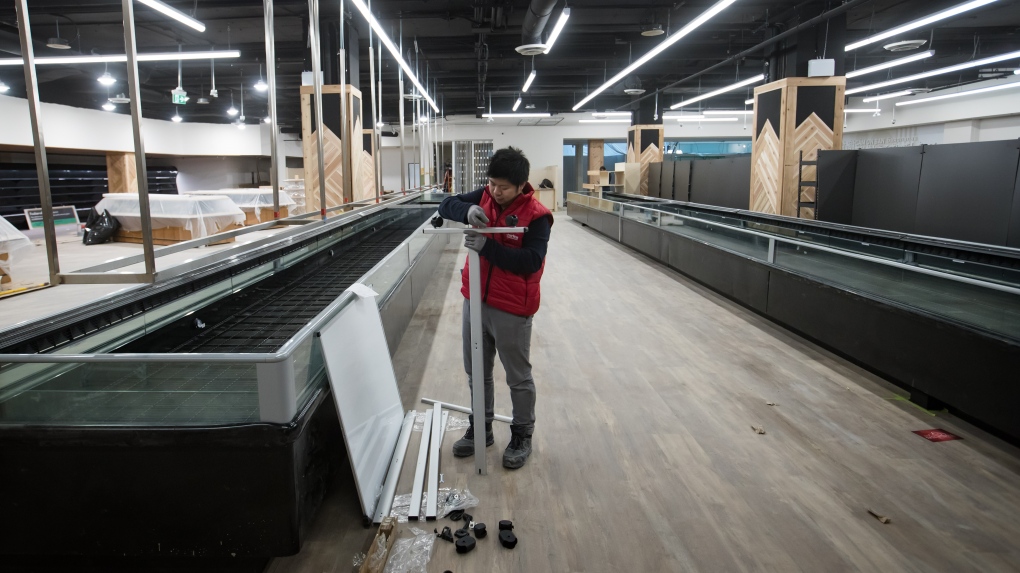 A worker assembles a fixture at a Sungiven Foods grocery store under construction at City Square shopping centre, in Vancouver, on Thursday October 24, 2019. (THE CANADIAN PRESS/Darryl Dyck)

VANCOUVER - A Chinese grocery chain has plans to crack the highly competitive Canadian market with its first international location in Vancouver next month.

Sungiven Food Canada Inc. hopes to grow to up to 18 locations across B.C.'s Lower Mainland within the next five years. The company is currently preparing to open a store at City Square Shopping Centre in Vancouver at Cambie and 12th Ave.

He says the Xiamen, China-based chain relies on smaller shop sizes, which will enable it to find locations more easily than larger grocers that require much more space.

Fong says the store's wide selection of in-house brand items and reasonable prices will also attract consumers - many of whom currently have to travel further to purchase similar goods.

He says the company chose to expand in the Lower Mainland partly due to the area's sizable Asian population.

This report by The Canadian Press was first published Oct. 25, 2019.