Charging your phone in your car is not the same as using it, B.C. judge rules 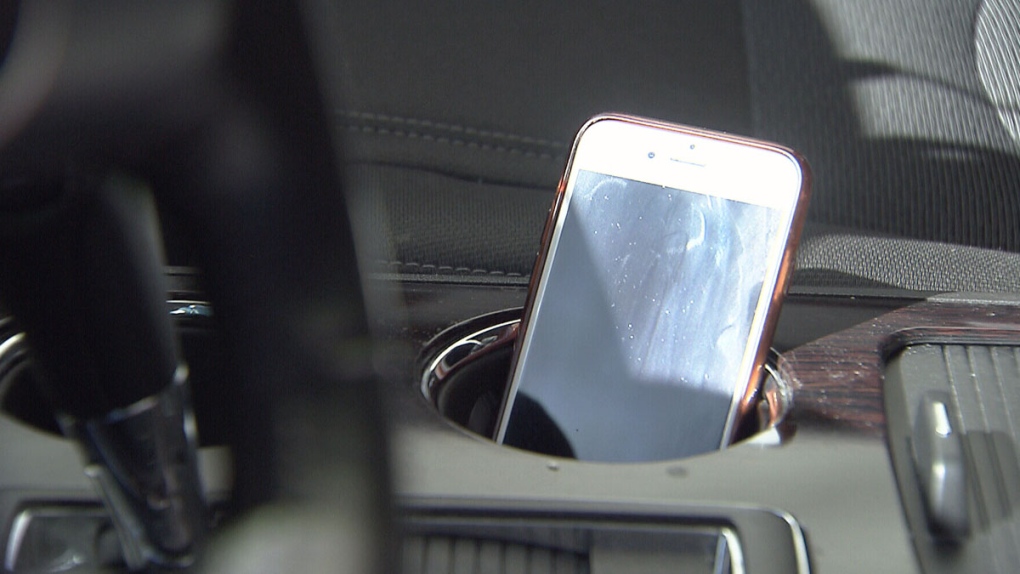 VANCOUVER -- A judge has acquitted a Vancouver Island woman who had received a ticket for distracted driving, adding yet another layer of clarification to provincial law on the issue.

In the decision issued in Victoria provincial court on Feb. 11, judicial justice H.W. Gordon ruled that the accused woman - Meghan Sarah Wesley Wylie - was not "using" her phone as defined in the Motor Vehicle Act, and therefore could not be guilty of distracted driving.

The officer who issued the ticket on Dec. 28, 2018, had argued that Wylie was using the phone in two ways: by having it plugged in to charge and by having it positioned on her lap.

Wylie argued that the phone was not on her lap, but on the driver's seat next her right thigh.

Regardless of where the phone actually was, both Wylie and the officer - named in the decision as Const. M. Christians of the Capital Regional District Integrated Road Safety Unit - agreed that the screen was not illuminated and she was not touching it with her hands at the time of the traffic stop on Tillicum Road in Esquimalt, during which the ticket was issued.

These two facts - that the screen was not illuminated and that she was not touching it with her hands - were key to the judge's interpretation of B.C.'s distracted driving law.

The law defines use of an electronic device in two ways: holding the device in a position in which it may be used and operating one or more of the device's functions.

Judicial justice Gordon wrote that simply charging a device does not constitute operating one of its functions, in the same way that plugging in a TV doesn't constitute "using" it.

That said, Gordon notes that "the law on the meaning of use is still not settled."

Numerous cases relating to distracted driving in B.C. have ended with courts upholding tickets, even in unusual circumstances.

Last year, a judge ruled that a woman was guilty of distracted driving for holding a phone with her legs while driving, even though the phone's screen was not illuminated at the time.

In another case, a judge found a man guilty because he was wearing earbuds connected to his phone while driving, even though his phone's battery was dead.

Not every distracted driving ticket has been upheld, however. In December, a B.C. Supreme Court justice ruled that a new driver who had his phone mounted within his sight, but was not using the phone for anything, should not have been ticketed.

After that ruling, former B.C. solicitor general Kash Heed, one of the architects of the province's distracted driving law, told CTV News Vancouver that the justice "got it right."

Heed said police departments have been overzealous in their interpretation of the law, particularly as it pertains to new drivers.

“A lot of police agencies have it completely wrong, and that’s the disturbing part of it," he said. "After 10 years they still can't get it right."