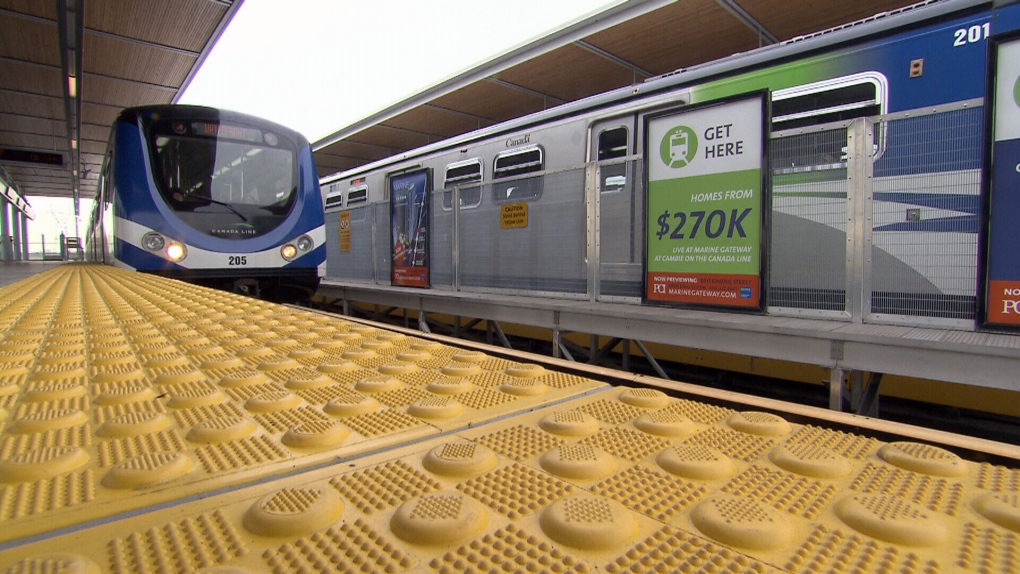 VANCOUVER -- Transit police in Metro Vancouver say a man was arrested and an assault charge is being recommended after a woman was allegedly pushed at a SkyTrain station.

The incident allegedly happened during Shannon Pang's evening commute home on the Canada Line. Pang says she was walking down the stairs at Richmond-Brighouse station, when a man made eye contact with her and pushed her over as he passed by.

Pang said the man was also not wearing a mask, which is in contravention of TransLink policies and those of the provincial health officer.

Transit police said they investigated the incident and arrested a man who allegedly assaulted Pang. The suspect was identified as a 27-year-old Richmond man and police are recommending a charge of assault.

While the man was released from custody, he has several conditions, including not having any contact with the victim and not taking the Canada Line.

His next court appearance is April 26.