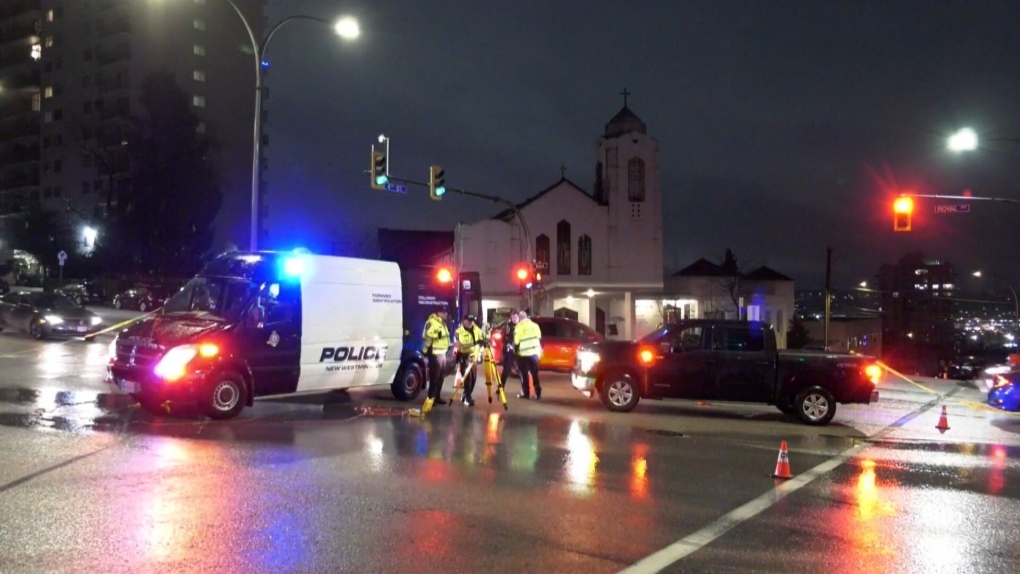 The collision at the intersection of Royal Avenue and Fourth Street in January 2022 resulted in the death of pedestrian Eric Stonehouse. (CTV)

Roughly a year after a crash that killed a pedestrian in New Westminster, a dangerous driving charge has been laid, according to police.

The collision at the intersection of Royal Avenue and Fourth Street in January 2022 resulted in the death of pedestrian Eric Stonehouse.

At the time of the crash, CTV News reported that the pedestrian had been taken to Royal Columbian Hospital with life-threatening injuries, and that the driver had remained at the scene and was co-operating with police.

Impairment was not believed to be a factor in the crash, police said at the time.

In a news release Wednesday, the New Westminster Police Department announced that the BC Prosecution Service had approved a charge of dangerous operation of a motor vehicle causing death against 37-year-old Surrey resident Francisco Brooks.

Brooks is scheduled to appear in court on Feb. 6, police said.

The NWPD release included a statement from Stonehouse's mother Giselle Stonehouse, who said her son "is greatly loved and missed."

“Eric brought out the best in people by making those around him feel special and valued," she said.

Police said Stonehouse was "very well known in the community" and offered their condolences to his friends and family in their release.

“I also want to thank all the investigators who worked diligently on this investigation to bring it to the charge approval stage," said NWPD Deputy Chief Const. Paul Hyland in the statement.

Biden declares in State of Union U.S. is 'unbowed, unbroken'

U.S. President Joe Biden is using his State of the Union address Tuesday night to call on Republicans to work with him to 'finish the job' of rebuilding the economy and uniting the nation as he seeks to overcome pessimism in the country and navigate political divisions in Washington.