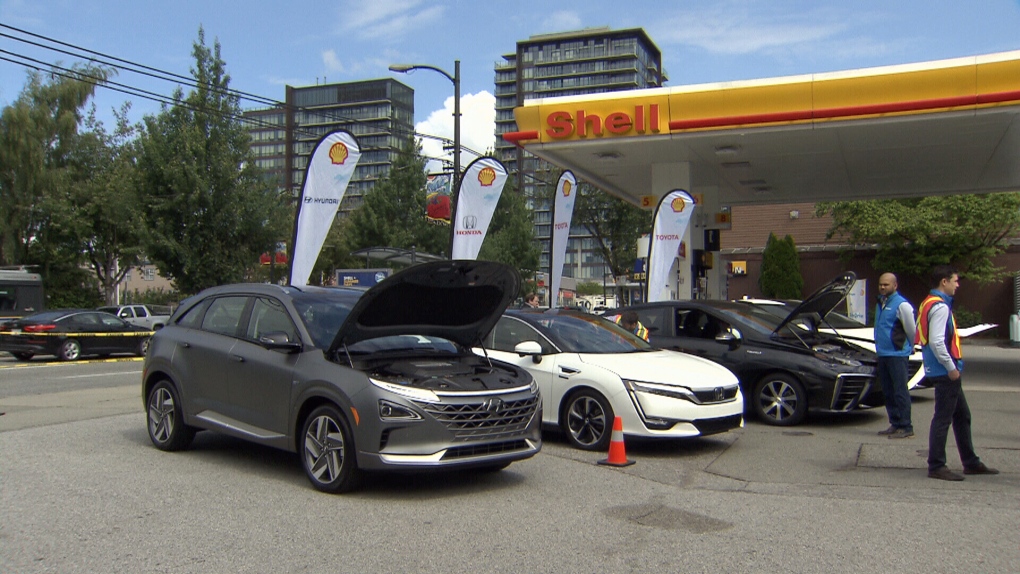 Industry workers cut red ribbon surrounding the new pump at the Shell Station at Granville Street and West 71st Avenue to applause and cheers from onlookers.

“This is an epic day … It is a hydrogen-first,” said Don Romano, president and CEO of Hyundai Canada. “We are adapting to the needs of consumers, and that is the key to success in all business.”

Hyundai introduced the first hydrogen-powered electric vehicle to the North American market in 2014.

The cars use compressed hydrogen to power an electric motor, and heat and water are the only byproducts made while driving.

The hydrogen fuel dispensed from the pump does result in carbon emissions when it’s manufactured, since most of the product on the market is made from natural gas. But according a report from the Union of Concerned Scientists, hydrogen-powered cars produce about 30 per cent fewer emissions than conventional gasoline ones during their full lifecycle.

There are only a few hydrogen-powered models on the market, and a lack of fuelling infrastructure has limited their popularity in Canada. The pump in Vancouver is one of six stations the Hydrogen Technology and Energy Corporation plans to install in the province.

Unlike other electric vehicles that need to be plugged in for some time to recharge, hydrogen-powered electric cars can be refilled quickly at the pump like traditional gasoline ones.