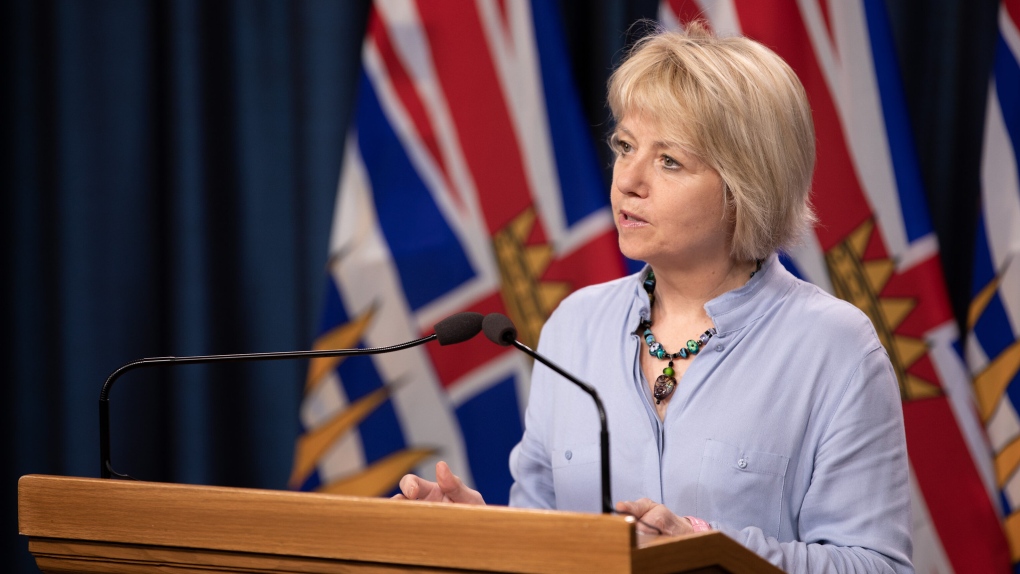 Provincial health officer Dr. Bonnie Henry gives an update on the spread of COVID-19 in B.C. on June 2, 2020. (Province of BC/Flickr)

VANCOUVER -- From hats and tea towels, to stickers and clothing, fan art of B.C.'s top doctor has popped up across the province.

After months of near-daily briefings on the spread of COVID-19, Dr. Bonnie Henry has become a household name and local artists have taken to creating pieces with her likeness.

On Monday, Henry said she "absolutely did not see it coming," adding with a laugh that "it's kind of a little disconcerting."

Henry said she's also been sent some "interesting and amazing" art pieces over the past few months.

"I've also got a number of masks that I really like so thank you for those," she said.

It's not the first time Henry has been the subject of fan attention. Early on in the pandemic a Dr. Bonnie Henry Fan Club Twitter account was created by a Vancouver Island man as a place for B.C. residents to show their appreciation for her.

And, in April, Vancouver-based shoe designer John Fluevog created and named a shoe after her with proceeds from the popular pre-sale going to Food Banks BC.

The "Dr. Henry" even has some words from its namesake stamped on the inside of the shoe which read, "be kind, be calm and be safe."

As well, Henry's face appeared on a Vancouver mural, and multiple song parodies have been dedicated to her.

Throughout the pandemic, Henry's been commended by residents and other health officials for her calm demeanour and consistent messaging. A profile by the New York Times published earlier this month heralded her as a "Lockdown Leader."

But for Henry, the attention has still been a surprise and she said Monday she's pleased that it appears the profits on most of the crafted items are being donated to charity.

"If using my likeness can help with that, then that's a good thing," she said.