An annual opportunity to watch herons nest in real time via webcam is almost a month late this year, the Vancouver Park Board says.

The board has operated a live feed of nesting Pacific great blue herons since 2015, in a spot the birds have returned to each year for 17 years.

Each year, the large birds return to a colony of nests across from the tennis courts and above the parking lot at 2099 Beach Ave. in Stanley Park.

The part of the park is one of the largest urban great blue heron colonies in North America, providing homes to dozens of the species that is considered at risk in Canada. About one-third of the world's great blue herons live around the Salish Sea.

The heron webcam is once again live, the park board said Tuesday, but this year the siege took an extra three weeks to settle in their springtime homes.

"The herons visited the colony on several occasions for short periods of time, but didn’t stay put until March 11th, three weeks later than last year," board chair Michael Wiebe said in a statement. 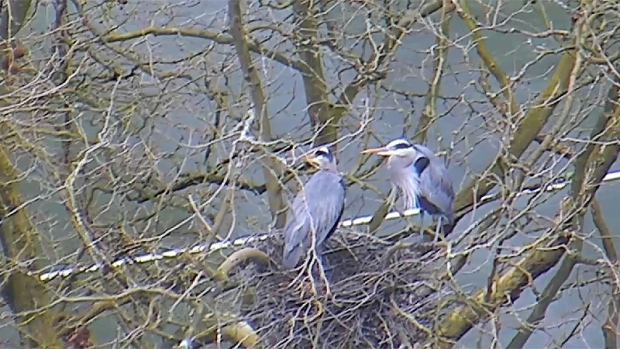 Photo shows the view from the City of Vancouver's heron cam on March 14, 2017.

Last year, there were 83 active nests home to an estimated 138 fledglings. The fledglings typically live in the section of the park until summer, moving on from the colony in July for feeding grounds in areas like Iona Beach and Boundary Bay.

Birdwatchers are encouraged to visit the park during the nesting months, or watch the breeding season unfold online.

The website allows viewers to take control of the camera for short periods of time, zooming in on specific nests. The site also includes a guide to interpreting heron behaviours, like courtship, nest building and hatching, with photos and videos of what to watch for.

Those with questions can ask biologists over Twitter using the hashtags #HeronWatch or #HeronTalk, the park board says.

The Stanley Park Ecology Society offers interpretive heron walks during nesting season, but visitors to the park are welcome to spend time in the area observing the birds.

The park board has installed fences around the area to reduce disturbances to the birds and their babies, and dog owners are asked to keep their pets leashed near the colony.

The Ecological Society helps monitor and sustain the park's heron population, and offers an "Adopt a Nest" program for anyone wishing to support its efforts.

Stanley Park's herons are not the only B.C. birds with livestreams online. The Hancock Wildlife Foundation has two bald eagle cams currently operating in Delta. 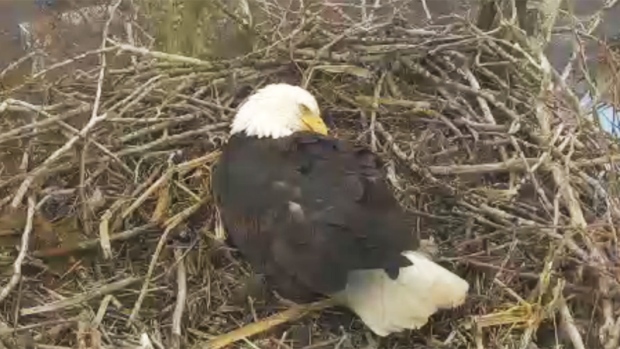