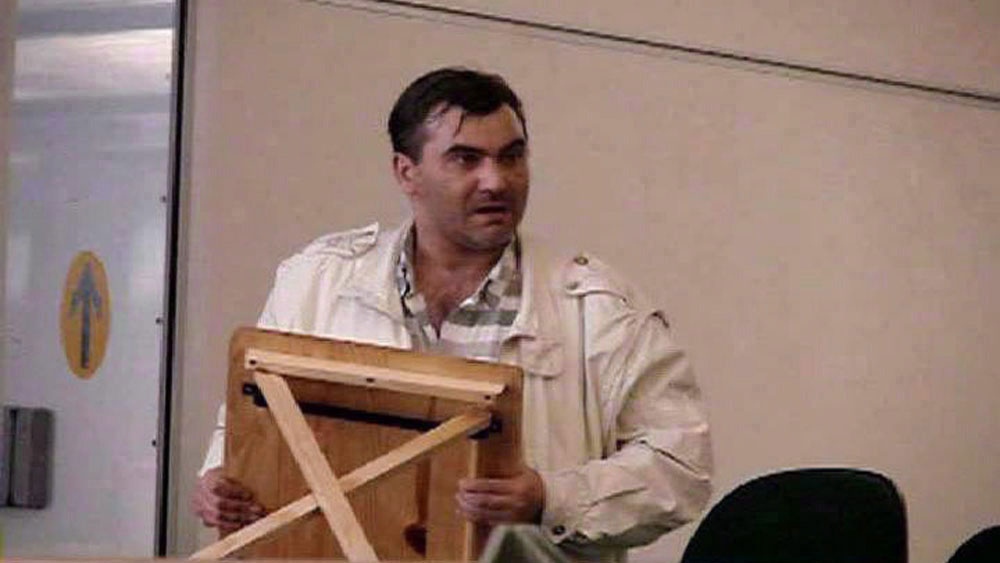 A colleague of former RCMP spokesperson Pierre Lemaitre blamed his suicide on the RCMP’s botched handling of the death of Robert Dziekanski in tearful testimony at a coroner’s inquest.

Atoya Montague said Lemaitre was given incorrect information by investigators in 2007, but never allowed to correct it, leaving his face associated in international news when a citizen’s video proved the RCMP story was based on lies.

“I blame this incident and his mistreatment on his suicide. There is no question that his being used as a scapegoat and being betrayed so fundamentally by the people who were supposed to be his tribe, his family,” Montague told the inquest.

“These are the people who are supposed to have your back, and they did the exact opposite. They threw him out of the unit, sent him to traffic services, and it followed him for years. He couldn’t escape it,” she said.

At that point, the presiding coroner, Vincent Stancato, warned the jury that the inquest’s purpose is to find facts around a death, not to lay blame.

The inquest is examining the 2013 suicide of Pierre Lemaitre, who was well-known to the public during his two stints as spokesperson in the media relations unit.

The inquest heard Lemaitre was anxious, abusive and depressed after several traumatic events he had been involved with, including the death of several kayakers from Quebec in 2003, the murder of Breann Voth in Coquitlam in 2003, and when his own house burned down shortly afterwards.

In 2003, Lemaitre heard an allegation of sexual harassment against one of his superior officers by a reporter. He passed the allegation up the chain of command, above his immediate superior, only to have the quality of his work questioned and ultimately be transferred out of his unit.

Lemaitre viewed that transfer, to Chilliwack, as a punishment, the inquest heard. Bill Dingwall, who was a chief superintendent at E Division and is now the mayor of Pitt Meadows, told the inquest that at the time he found the transfer wasn’t done correctly.

“I felt that transfer was inappropriate, shouldn’t have occurred, and I offered an apology on behalf of the RCMP at the time. I directed them to make things right with Mr. Lemaitre,” Dingwall told reporters outside the inquest.

Montague told the inquest she told the officers conducting that internal review that she believed the transfer and the sexual harassment report was related.

“It was plainly obviously a result of that report that it was a retaliation measure to have him removed from the unit,” she said.

Lemaitre was transferred back to the media relations unit in 2007, only to be the public face of the RCMP’s response to the Tasering death of Robert Dziekanski.

It was through him that the public heard that the Polish immigrant was violent and that the officers tried to reason with and calm him. Neither of those statements were true, according to a video taken by a bystander.

“He jumped up immediately and ran to the NCO and said, ‘We’ve got to correct this information.’ He realized the information he had been given was downplaying the extent of the interaction with police.

“The public has a right to know. Pierre stood for that. He’s a man of honesty and integrity…they were gagging him. He was ordered not to correct it. In fact they removed him as spokesperson and gave it back to IHIT (the Integrated Homicide Investigation Team.) And he was helpless. Helpless to correct it,” she said.

Lemaitre was transferred to traffic services, she testified. The Tasering incident resulted in criminal charges against the officers and a public inquiry.

Galliford told reporters that she doesn’t think the RCMP has done enough to improve conditions for vulnerable officers in the force.

Lemaitre was taking antidepressants, but was “stoic and reserved” in treatment, said his family physician, Dr. Cameron Smith.

And his psychologist, Dr. Georgia Nemetz, said he was “haunted” by four or five of those RCMP files. She said he kept details about any case files or his family life from her, for fear that the RCMP would be informed of anything he disclosed.

“I believe Pierre was an incredibly private, incredibly proud man,” Dr. Nemetz said. When he finally disclosed the abuse against his wife, she felt sick, she said.

Dr. Nemetz said that officers are now being more careful about their mental health.

“In the five and a half years since Lemaitre’s death I have noticed a dramatic shift. I believe the services have been used exponentially more than before. I believe the stigma about seeing a psychologist has diminished,” she said.