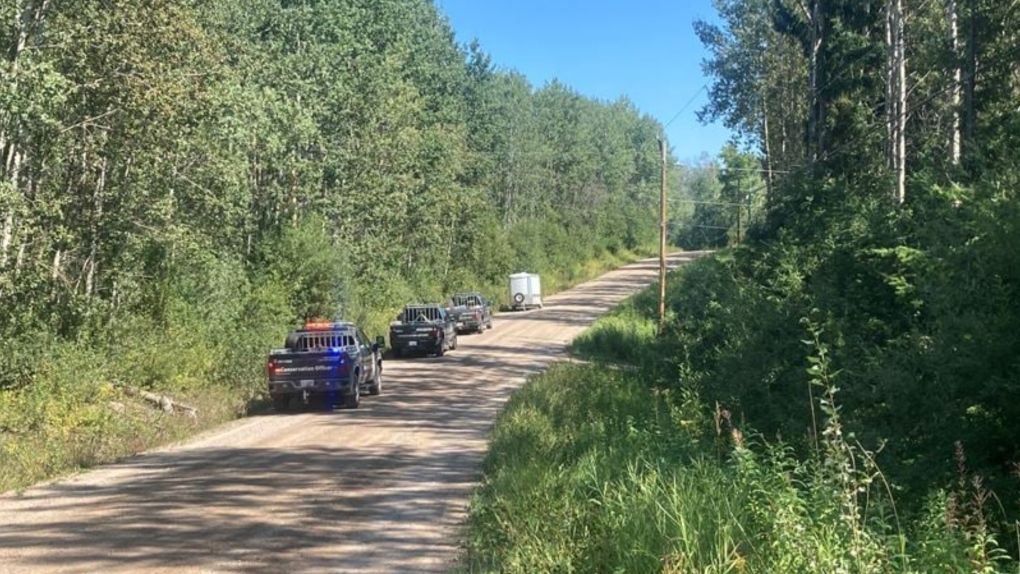 A bear was killed by conservation officers after a hiker was reportedly attacked twice in northern B.C. over the weekend.

The B.C. Conservation Officer Service first gave details about the incident on Sunday, saying a man was seriously injured at about 10:30 a.m. near Fort Fraser, which is a 90-minute drive west of Prince George.

RCMP and paramedics responded to the scene along with conservation officers, according to a post on the service's Facebook page.

In an update the next day, the BCCOS said one black bear found near the attack site was killed by officers.

The BCCOS said the man was hiking in the Fraser Lake area when he was attacked.

"He managed to fight off the bear but it returned and attacked again," the update from BCCOS said. "He was able to call for help and family nearby came to his aid."

The man was taken to hospital but was released, the BCCOS said.

"The COS would like to remind the public to take precautions when in the wilderness to help avoid any encounters with wildlife," the statement said.

"Carry bear spray, travel in groups and make noise when walking, which can help lessen the chance of surprising a bear."

Between Jan. 1 and July 31 of this year, conservation officers received more than 7,600 calls about black bears, according to provincial data. Officers responded to 928 of those calls.

About 87 per cent of the calls came in May, June and July.

In the first seven months of the year, 162 black bears were destroyed by conservation officers.

There was talk of impeachment Monday at the Trump Organization's criminal tax fraud trial -- not former President Donald Trump's, which happened twice -- but whether lawyers for his company were angling to impeach their own witness, longtime Trump accountant Donald Bender.

The Pakistani Taliban on Monday ended a months-long cease-fire with the government in Islamabad, ordering its fighters to resume attacks across the country, where scores of deadly attacks have been blamed on the insurgent group.

Notable moments, political statements made in Week 1 of the World Cup

As much as the action on the pitch has captivated fans across the globe, the 2022 World Cup in Qatar has also made important headlines for incidents off the pitch.