A homeowner is North Vancouver who found a bear lounging in his pool says it’s not the first time the big animal has enjoyed his backyard.

Video shot by Tony Dierling shows the wayward bruin relaxing in his in-ground pool on Monday before it casually lumbers over to the attached hot tub, and hops in. 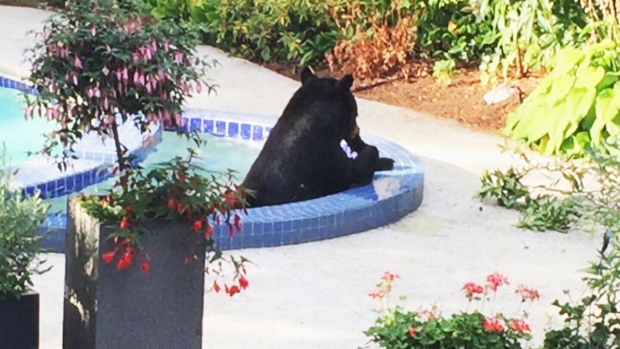 “It’s just amazing,” Dierling said. “You see funny things on YouTube, but to have it happening in your own backyard...”

Dierling said the tagged bear, which left a “great big hole” in the fence where he pushed it down to get in, has been on his property before.

Last month they spotted the bear helping himself to some bird seed in a feeder. 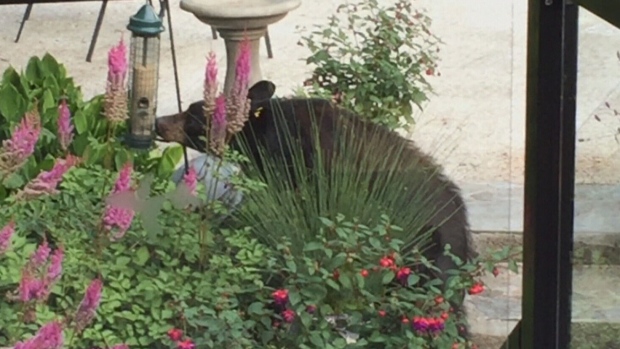 He and his wife aren’t positive it’s the same animal but they removed the seed in hopes it would deter another encounter.

While the homeowners don’t mind the bruin poking around their backyard, they’re concerned about what might happen if it wanders into a yard with children, or causes property damage.

They’re also concerned about what may happen to the curious bruin. In the past, B.C. conservation officers have removed – and in some cases euthanized -- bears that become habituated to food and people.

“I hope he'll go eat some berries in the mountain instead,” he said. 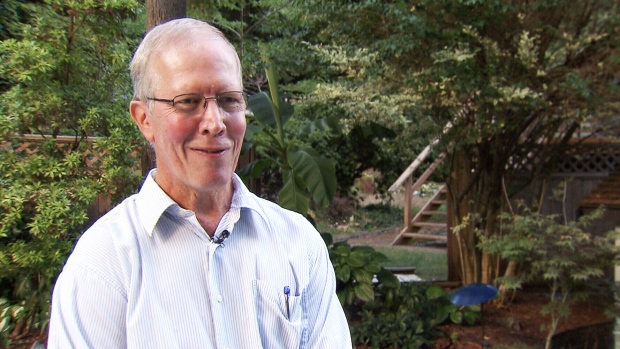 With a report from CTV Vancouver’s Alex Turner