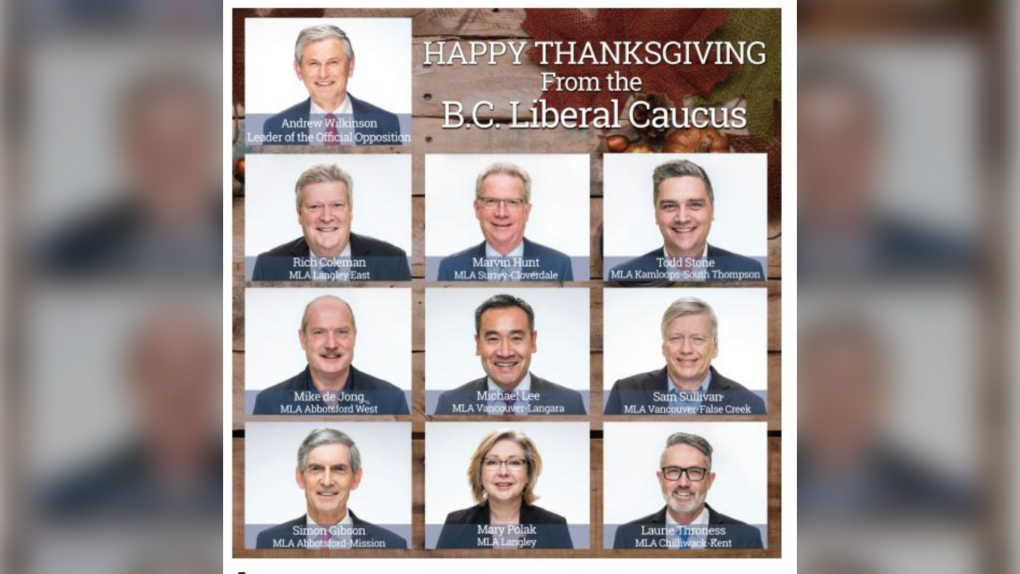 The BC Liberals have been called out for frequently advertising in the Light Magazine, which publishes articles expressing alarm that conversion therapy could be banned. This ad appeared in the 2019 issue of the magazine.

Several prominent BC Liberal MLAs have said they were shocked and concerned to learn that their party had paid for advertising in a socially conservative magazine, and the party says it will review its advertising in the future.

But critics say the response from the party and its leader, Andrew Wilkinson, has lacked details about how the advertising decision was made in the first place and how it will be prevented in the future.

The Light Magazine is a “free monthly Christian lifestyle magazine,” according to the publication’s website.

It frequently publishes articles expressing alarm that conversion therapy could be banned or curtailed, and against B.C.’s Sexual Orientation and Gender Identity (SOGI) policy in public schools. In 2018 the magazine published a long statement detailing how same-sex sexual relationships and expressing a transgender identity are “contrary to scripture.”

Conversion therapy is a widely discredited practice that treats same-sex attraction as a mental illness, while SOGI provides a framework in schools to “be inclusive and safe spaces for students of all sexual orientations and gender identities,” including those who identify as transgender.

The BC Liberals’ frequent advertising in the magazine was first reported by Press Progress, a news site funded by the NDP-aligned Broadbent Institute. Several of the ads feature the smiling faces of Wilkinson and other prominent BC Liberals.

Spencer Chandra Herbert, the NDP MLA for Vancouver-West End, said he feels personally hurt by the realization that Opposition colleagues paid for advertising in the publication. Three years ago, Herbert publicly shared his and his husband’s journey of becoming parents to their son.

“I just went – ‘What? Wait a second, so people that I smile at and work with are also paying for ads opposite that appear opposite articles arguing that people like me and my family should be converted into something we’re not?’” Chandra Herbert said, referring to conversion therapy.

“Or that policies meant to make life safer for LGBTQ people should be eliminated, bringing back violence and discrimination as I know it would happen?”

BC Liberal MLAs Todd Stone, Jane Thornthwaite, Tracy Redies and Joan Isaacs all made statements on Twitter saying they were dismayed to learn of the advertising. Stone said his constituency office is now reviewing all advertising “to ensure publications are consistent with my values moving forward.”

I was very concerned to learn that advertising dollars from my office budget had been used to co-sponsor ads in the Light Magazine, a publication that has featured content that does not align with my personal beliefs. I am accountable for this having happened and I apologize. 1/3 https://t.co/tSPx4iuehd

I was also shocked when I heard this-the content featured in Light Magazine does not reflect our party’s values or my personal values. I’ve many friends in the LGBTQ community-I am sick & sorry we/I have supported a magazine with some views that have no place in a just society. https://t.co/N6AWQ3VqG1

Wilkinson and the BC Liberal Caucus Twitter account posted the same statement that read: “There is no room in the BC Liberal Party for homophobia, transphobia, or any other form of discrimination. Going forward, we are taking immediate steps to ensure our advertising decisions reflect those values at all times.”

There is no room in the BC Liberal Party for homophobia, transphobia, or any other form of discrimination.
Going forward, we are taking immediate steps to ensure our advertising decisions reflect those values at all times.

But Laurie Throness, the BC Liberal MLA for Chilliwack-Hope, said he would advertise in the magazine again because it aligns with his values as a “Biblical Christian” and it’s an important way to reach his constituents. He said the BC Liberal Party includes both social conservatives like him and MLAs who are socially liberal.

CTV News Vancouver reached out to all the MLAs who appeared in the ads, as well as the BC Liberal Party, but Throness was the only MLA who responded, while the party directed CTV News Vancouver to its statement on Twitter.

Throness pointed to an article in the October 2019 edition of The Light – the same edition that featured an ad with Wilkson’s photo and nine other BC Liberal MLAs – that raises concerns about proposed B.C. legislation that would prevent conversion therapy.

“Many people are concerned that this bill infringes upon Canadian freedoms, including the freedom of speech, the freedom of religion and the freedom to practice our professions according to our expertise,” reads the article in The Light Magazine.

Throness said it’s clear the article is against “coercive conversion therapy,” such as kidnapping people.

The practice can take various forms, including counselling and behavioural modification, and it can lead to long-lasting trauma, said Attorney General David Lametti.

Chandra Herbert said the problem with the MLAs advertising in the magazine is that the ads legitimize the views of the articles they appear alongside.

“It’s not about me being upset and offended,” he said. “It’s the wider public who gets impacted.

“It’s the youth who have been told by their parents that they shouldn’t be who they are and that conversion therapy could help them because they read it in a magazine that looks respectable because, ‘Hey, our local MLA advertises in there, so does the opposition party, so surely this can’t be that bad.’”

Chandra Herbert said he was glad to see statements from individual MLAs, but he’d like to see a stronger response from the party about how the advertising decision was made in the first place.