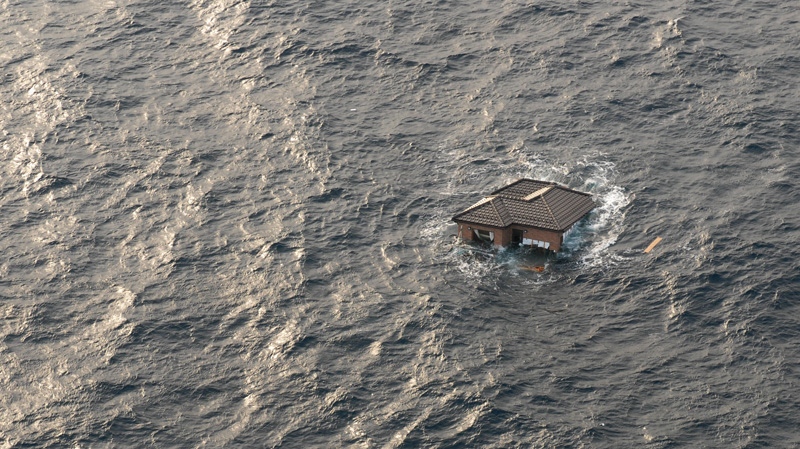 VANCOUVER - As the massive field of lumber, refrigerators, fishing boats and other wreckage from last year's Japanese tsunami drifts across the Pacific Ocean, state and provincial governments along coastal North America are planning what to do when pieces of the devastation arrive on their shores.

The governments of British Columbia, Washington state, Oregon and California agreed this week to work together on a plan for tsunami debris, which experts believe could begin washing ashore in Canada and the United States later this year or early 2013.

Each of those jurisdictions has already started working on its own local plans for potential tsunami waste, from cleaning up wreckage to returning anything of value to Japan, and this week's agreement aims to co-ordinate those efforts.

"What we're trying to do is get us all sharing the same information so we're able to leverage the resources of the entire coastal community to be able to talk to our local jurisdictions about here's what you can expect, here's some misnomers about what you may have heard and here's what you might want to do," said Kelly Huston of the California Emergency Management Agency.

"Our biggest challenge is that people don't know what to expect."

As much as five million tonnes of debris were swept into the ocean off Japan last March when a massive magnitude-9 earthquake and resulting tsunami destroyed entire communities, killed 19,000 people and led to a nuclear crisis at the Fukushima Dai-ichi power plant.

Much of that waste likely sank immediately, but more than one tonne is believed to be floating in the Pacific Ocean. Researchers at the University of Hawaii have estimated that only one to five per cent of debris still in the ocean could reach North America.

There have already been reports of water bottles, buoys and other debris with Japanese markings washing ashore on the west coast of Vancouver Island and in the U.S., but none has been confirmed to be from the tsunami. Experts have said some of that debris may have other sources, such as fishing vessels at sea, or may have floated away from Japan before last March.

This week's agreement lists three areas for B.C. and the three American states to collaborate on: communicating information about the tsunami to the public, ensuring beach cleanups are done safely, and attempting to return anything of sentimental value to Japan.

Huston said the largest area of concern is educating the public about what to do if they come across potential tsunami debris.

"It's not going to be first responders that are finding this debris, it's going to be the general public," he said.

Part of that education will be dispelling the myth that tsunami debris will be radioactive. Huston said it's almost impossible that would be the case despite the attention paid to the Fukushinma nuclear crisis.

Hhe said too much time has passed since the tsunami and most of the debris that washed away wasn't from the area around the damaged nuclear plant.

For most debris, local authorities are being urged to clean it up as they would any other wreckage that washes ashore.

Dianna Parker of the National Oceanic and Atmospheric Administration, which is co-ordinating the federal government response in the U.S., said the public will be urged to take special care if they encounter something intact that could have sentimental value to someone in Japan.

"We've been working closely with the Japanese government, and they've expressed interested in helping return any items that can be traced back to a person," said Parker.

"It would have to be really clear whose property it was and that it came from the tsunami, and if all those factors are there they are asking whoever found it to report it to the local authorities and the authorities can work with the Japanese consulate to help return the items."

Even when debris does wash ashore, Parker said it may not be possible to pinpoint what actually came from the tsunami, especially if wreckage has broken apart at sea.

"It's very difficult to fingerprint debris back to a source," she said.

"We've been hearing reports of debris and buoys washing up on the West Coast already, and from our perspective it's difficult to tell where those buoys came from. Those types of things wash up from Asia all the time."