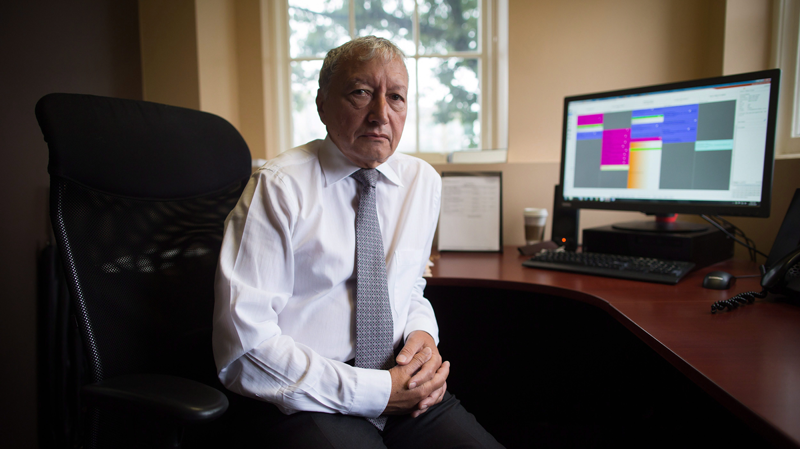 VANCOUVER - The British Columbia government is being accused of using a vast supply of taxpayers' dollars to win a legal war of attrition against advocates for two-tier health care by the man who has become the face of privatized medicine in Canada.

Dr. Brian Day, an orthopedic surgeon and owner of Cambie Surgery Centre in Vancouver, said he believes the government is trying to delay a B.C. Supreme Court trial to whittle down the resources of those in favour of private care, who launched the lawsuit.

But the federal government is blaming the delay on the plaintiffs, consisting of Day's clinic and a group of patients, accusing them of submitting new documents at the last minute that have led to unanticipated procedural problems.

Day said private health advocates are trying to raise more money to continue the fight, which is scheduled to resume in September after an almost five-month adjournment. The trial began last September.

“We're into it for eight months and we're not even halfway through. More than half of the court time has been spent on legal manipulations and legal arguments that are nothing to do with health care,” he said.

“It is never a level playing field when you take on government because they have resources that outlast you.”

The case against the Medicare Protect Act is the latest in a nearly decade-long challenge of B.C.'s ban on the sale of private insurance for medically necessary services already covered in the public system. Day argues the prohibition violates patients' constitutional rights by forcing them to endure long wait times while their health deteriorates.

The B.C. Health Ministry is the defendant in the case and has said its priority is to uphold the act and the benefits it safeguards. The federal government is an intervener in the case.

Sindy Souffront, a spokeswoman for Health Canada, says in an emailed statement that the plaintiffs submitted unexpected evidence and requested new documents from the provincial and federal attorneys general.

“The plaintiffs have chosen to introduce new evidence, including a number of new expert reports, in the middle of the trial and have added a significant number of witnesses to their case,” Souffront says.

She says the adjournment will provide time to sort out any problems so the remaining evidence can be presented more efficiently.

The legal battle could spell the end for Canada's universal health-care system, its supporters argue. But proponents of private health say it could cut wait times and improve access to treatment.

Day accuses the province's lawyers of using every opportunity to delay proceedings, objecting to everything from expert witnesses to how many co-authors from a single scientific paper are needed for their testimony to be valid in court.

“The point is, everything like this takes up to a day or more of court time and that just prolongs the case,” Day said. “And, of course, the government has unlimited resources to keep the case going.”

Twenty-nine interim rulings have been made in the case, 24 of them after the trial had started.

In a decision dated April 7, Justice John Steeves says about half of the 70 hearing days to that point had been taken up primarily by disagreements over expert witnesses.

“The usual and most effective time to argue these disputes and receive decisions on them would have been prior to the commencement of this trial,” Steeves says. “That was not done.”

He writes that the proceedings cannot continue in an efficient way until these disputes have been decided and that no further evidence will be admitted until then.

The trial adjourned April 10 and is scheduled to resume Sept. 5.

So far, the plaintiffs have paid about $2 million and Day anticipates spending another $4 million as the case likely winds its way up to the Supreme Court of Canada.

Cambie Surgery Centre has been operating since 1996. It describes itself as the only free-standing private hospital of its kind in Canada and has provided surgical care to more than 55,000 patients.