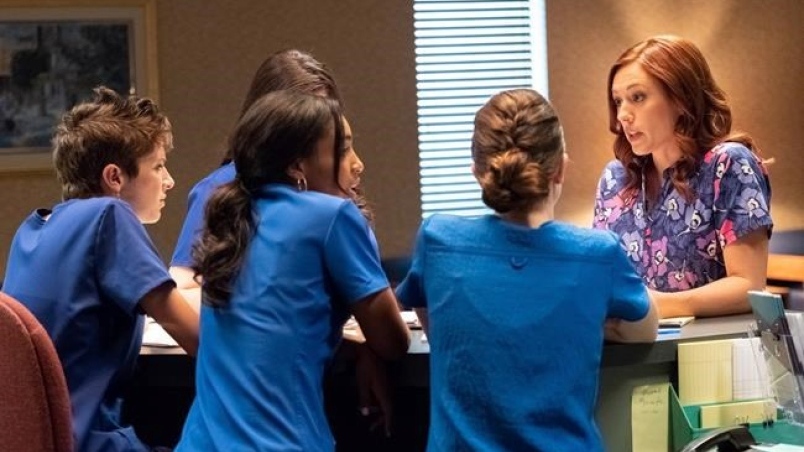 Actor Ashley Bratcher (right) is shown in a scene from the film "Unplanned." (THE CANADIAN PRESS/HO-Soli Deo Gloria Releasing)

A movie theatre in B.C.'s Southern Interior has cancelled showings of a controversial anti-abortion drama after allegedly receiving threats against staff.

The Salmar Theatre was supposed to screen "Unplanned" for five days before learning of the threats, which reportedly targeted the cinema's general manager.

The U.S. film is a dramatization based on the memoirs of Abby Johnson, a former clinic director at Planned Parenthood who went on to become an anti-abortion and anti-birth control activist.

Beyond portraying abortions as inhumane, the trailer appears to demonize people working at Planned Parenthood –showing one employee ominously telling Johnson, "Congratulations, you've made an enemy of one of the most powerful organizations on the planet."

No one at the Salmar Theatre was available Monday to speak about its decision to cancel the screening of "Unplanned."

Salmon Arm RCMP told CTV News members had not launched an investigation into alleged threats because no one had reported any to the detachment.

At least one other B.C. theatre appears to be going forward with planned screenings of the film. The Cottonwood 4 Cinemas in Chilliwack lists several matinee and evening showings running from July 12 to July 18.

Cineplex, the largest cinema chain in Canada, has also confirmed it's going to show the anti-abortion film at 14 of its roughly 1,700 auditoriums across the country, despite receiving a flood of phone calls and emails from people concerned about its message.

In an open letter, Cineplex CEO Ellis Jacob thanked everyone who reached out for their feedback but said the company decided to run the film in the interest of freedom of expression.

"Canada is a country that believes in and rallies behind freedom of expression, but that isn't always an easy thing to do and it certainly doesn't always make you popular," Jacob wrote.

"In this instance many of us will have to set aside our own personal beliefs and remember that living in a country that censors content, opinions and points of view because they are different from our own is not a country that any of us would want to live in."

Planned Parenthood did not respond to a CTV News request for comment on the way it's depicted in the "Unplanned" trailer, but provided a statement to ABC News accusing the film of promoting "falsehoods."