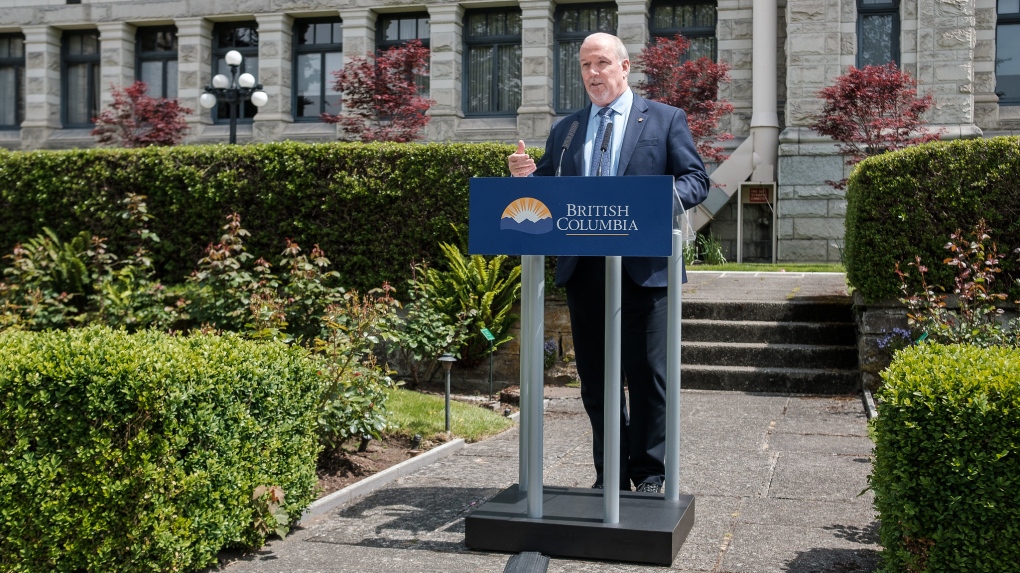 Premier John Horgan at a weekly news conference on June 3, 2020.

VANCOUVER -- British Columbia's record-breaking state of emergency has been extended for an additional two weeks.

B.C. has been under a state of emergency because of the COVID-19 pandemic since March 18, making it the longest period in the province's history during which emergency orders have been in place.

Prior to the COVID-19 health emergency, the longest period the province had been under a state of emergency was the 2017 wildfire season.

States of emergency can only be extended two weeks at a time.

According to the provincial order approved Tuesday, the state of emergency will now last until June 23, "due to the threat the COVID-19 pandemic poses to the health, safety or welfare of people."

"This is part and parcel of our making sure that we're putting public safety first, putting us in a position to better manage any challenges that may emerge, and I'm confident that as the summer proceeds we'll see less and less requirement for the state of emergency," B.C. Premier John Horgan said during his weekly news briefing Wednesday.

"But we are coming out of the flood season and looking squarely in the face of fire season, so we'll see how that unfolds."