When Trey Helten was given a puppy as a gift, he had no idea his new four-legged friend, Zelda, would eventually learn to help save people’s lives.

Helten manages the Overdose Prevention Society, a safe injection site in Vancouver's Downtown Eastside that monitors drug users. Zelda has been a regular fixture at the society since she was a puppy.

“She mostly keeps people in check. When there’s fights happening she stops those from happening, she’ll bark, let her presence be known," Helten said.

Zelda is now three years old and has learned how to keep an eye on people. Growing up at the centre, she’s watched Helten walk around and check on people using drugs at the tables.

Recently, she’s started doing it on her own.

Last week, security cameras captured her nudging a man who wasn’t moving. When she didn’t get a response, she bumped him again in the back until she saw movement.

“I had to check the CCTV footage up close. It was pretty shocking, heartwarming,” Helten said. “She’ll walk in a circle and she’ll check if someone’s unconscious. Sometimes she likes to go straight for the face – they’ll get the cold, wet dog nose right to the face if they don’t respond.” 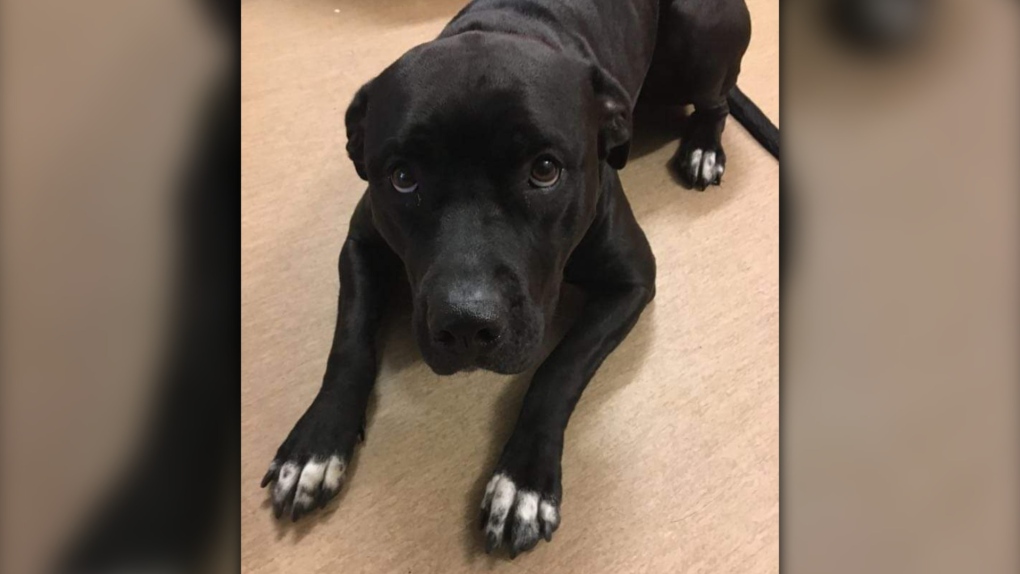 And if there’s an issue, Zelda will make it known. Helten says she once spotted someone behind his van who was overdosing.

“She started alerting staff by barking and wouldn’t stop until someone went back there and checked and this person probably would have died if it wasn’t for the dog, 100 per cent,” he said.

Clients who have been coming to OPS have now formed strong bonds with Zelda. One bond in particular has been life saving, according to Helten.

“One day (the client) was feeling suicidal and Zelda snuggled with him and he says that if it wasn’t for that, that he would have done something stupid,” Helten said, with tears welling in his eyes.

Figures released this week reveal B.C.’s overdose crisis is showing no signs of slowing down. The latest update from the province's chief coroner includes 184 deaths in the month of July, making it B.C.'s second-deadliest month in the years-long crisis.