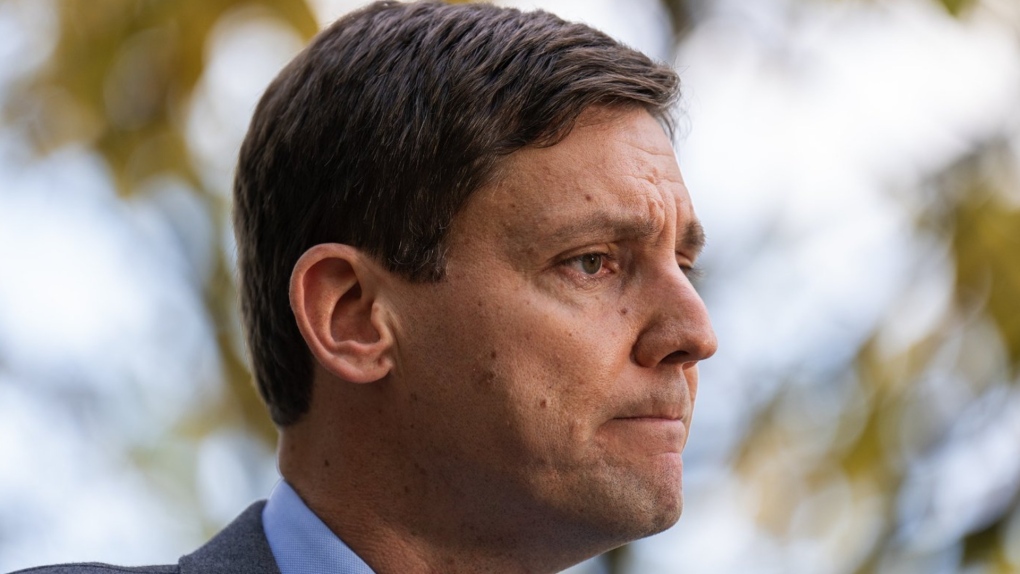 Former B.C. attorney general and housing minister David Eby speaks to the media during a news conference in a park in downtown Vancouver, Thursday, Oct. 20, 2022. THE CANADIAN PRESS/Jonathan Hayward

David Eby, who launched the plan just two days after being sworn in as British Columbia's 37th premier, said it has two key tracks.

“One around enforcement, recognizing that we have zero tolerance for violence in our communities, making sure that people are protected,” he told a news conference Sunday.

“The second track (is) around intervening. Helping people break the cycle of life in and out of jail, preventing crime before it happens (through) intervention services that recognize the root causes of crime.”

The province intends to deploy response teams comprised of police, prosecutors and probation officers who will focus on repeat offenders. It will also be adding 12 mental health response teams in communities across the province, some of which will be Indigenous-led.

“These peer assisted teams intervene when people are in mental health crisis in our streets, freeing up police to focus on crime rather than social service,” Eby said.

The province plans to open 10 new Indigenous justice centres to provide “culturally appropriate” support for those caught up in the system.

It plans to revamp the addictions care model at Vancouver's St. Paul's Hospital that “moves people seamlessly from crisis response in our emergency rooms and our streets to detox, to treatment and to supportive housing.” Eby said it will be used as a model for the rest of the province.

Though the provincial government will be the lead agency for public safety, he said coordination is the best solution to the crisis.

“No one agency, prosecutors and police, nonprofit organizations, cities of the province or the federal government can solve this problem. Everybody's got to be working together and collaboration is key.”

“Today's safer communities action plan is an important step forward, with more to come. Everybody in our province deserves to feel safe in our communities. As your new premier, as your government, that is what we are focused on.”

Eby said the provincial plan is needed because of the ongoing overdose crisis and because federal changes to the bail system that have made it more difficult to hold people who commit repeat, violent offences in custody until they've stood trial.

He previously promised his first days in office would see the launch of NDP government plans to tackle the province's difficult and ongoing issues of public safety and affordable housing. He is scheduled to announce legislation to improve housing Monday.

This report by The Canadian Press was first published Nov. 20, 2022.

A spokesman for the chair of an all-party parliamentary group says it is "carefully" reviewing how it handles events with outside events after a newspaper publisher accused of holding antisemitic views took part in a recent gathering.

A mass shooting survivor and spokeswoman for gun-control group PolySeSouvient says it is 'incredibly disrespectful' for firearm rights advocates to invoke the group's name in a merchandise sale discount code.

The deaths of four University of Idaho students nearly three weeks ago have riled up thousands of would-be armchair sleuths, many of whom are posting speculation and unfounded rumors about the fatal stabbings online.

After 300 hours of testimony, 9,000 exhibits and a few major revelations, the public portion of an investigation into the first-ever use of the Emergencies Act ended Friday with a deep dive into questions about government accountability and transparency.

Hockey Canada says there were more than 900 documented or alleged incidents of on-ice discrimination -- verbal taunts, insults and intimidation -- across all levels and age groups during the 2021-22 season.