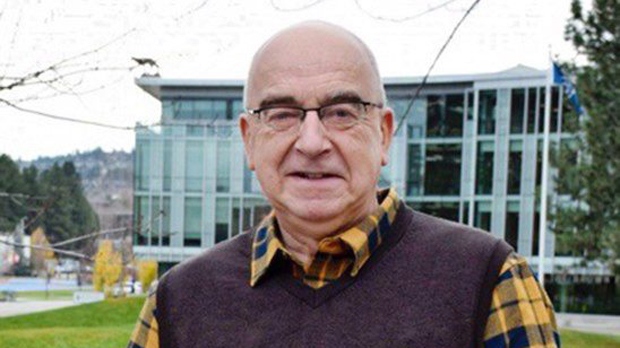 KAMLOOPS, B.C. -- An anthropology professor from Thompson Rivers University in Kamloops, B.C., has been in jail in Slovakia since last November, accused of child pornography, sexual violence and arms trafficking.

Prof. David Scheffel said his request for bail was denied earlier this year and a second plea for release to the Slovak court filed on April 4 has not been heard.

Scheffel, 63, told the Kamloops This Week online news publication that he feels vulnerable and claims his imprisonment is related to his research on juvenile Romani prostitutes, "but also to my previous advocacy on behalf of disenfranchised Roma in general."

Scheffel's comments were written in a letter from jail, then passed to a friend who sent the letter to Kamloops This Week.

Scheffel said the university had been helping him in "subtle but meaningful ways" and he does not feel abandoned by his employer.

He said he would like to see the Canadian government get involved or show "some degree of official interest," but he understands why it might not do that.

Scheffel has been teaching at the university for more than three decades, but he is Dutch and never became a Canadian citizen.

A representative of the Dutch government has visited him and is watching the case, Scheffel said.

A statement from Global Affairs Canada said it has no records regarding a Dutch citizen arrested in Slovakia.

Scheffel said the lawyer he has hired in Presov, Slovakia, is expensive and a protracted case will be financially difficult.

The man's family said in a statement that Scheffel has spent the last 25 years telling the stories of the Slovak Roma, one of Europe's most marginalized populations.

"He is responsible for major international aid investments and for putting a spotlight on systemic racism, corruption and injustice.

"We are completely convinced that David is innocent of the charges against him. He travelled to Slovakia in November knowing that police wanted to interview him and confident that he could clear his name."

The statement said they are putting their trust in his legal team and the Slovak courts to arrive at a just outcome.

The professor is an acknowledged expert on the Romani culture and has been taking students on field trips to Slovakia to live with Roma families since the 1990s.

The University of Presov awarded Scheffel an honorary doctorate in anthropology in 2012 in recognition of the work he has done in Slovakia.

Thompson Rivers University said it was not conducting interviews on the subject.

"TRU is monitoring this situation, and out of respect for the privacy of individuals involved, will not be commenting further," said Darshan Lindsay, executive communications officer at the university.

The European Roma Rights Centre, an organization dedicated to fighting for equal rights in Slovakia for the Roma, has said it's been three decades since a Slovak government has addressed systemic racism against the population, estimated at about 500,000 people.

In January, the centre sued the Slovak Ministry of the Interior over what it calls discriminatory policing of the Roma and ethnic profiling. Romani children in the country are segregated in schools and often diagnosed as mentally disabled, the centre has said.

Scheffel has studied the Romani for about 16 years, publishing a book about them in 2005.

Svinia in Black and White: Slovak Roma and Their Neighbours is a case study of Svinia and how its people have failed to integrate into their country's population.

By Dale Bass, Kamloops This Week