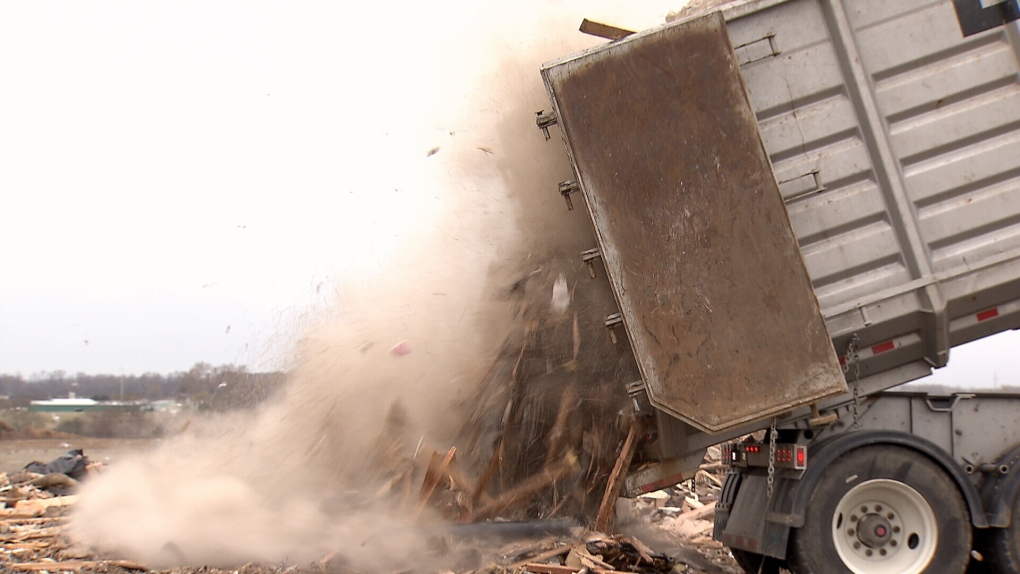 Some Vancouver builders say there are limited options for recycling much of the material left behind after home demolitions.

She'd buy it while grocery shopping or online and when it didn't fit or she didn't like it, she just tossed the clothes in the donation bin with the tag still attached.

“It's been almost way too convenient and cheap,” she said. “I wouldn't even bother to try it on. I would just buy it and take it home. It's not even worth returning them if you don't like them.”

But then Renfer learned about how much energy and water was used to make the clothes, and where the clothing went when people were done with it.

The district launched a campaign Monday to push people to think not just twice but three times before tossing out their clothing.

Karen Storry, senior project engineer for Metro Vancouver's Solid Waste Services, said a 2016 waste composition study showed residents throw out about 40,000 metric tonnes of textile waste a year and about half of that is clothing.

“So if you translate that into per person amounts it's 17 pounds, which doesn't sound like a lot but it's the weight of 44 T-shirts,” she said in an interview.

People are buying three times more clothes than they did in the 1980s, wearing them less often and a lot of it ends up in the trash, Storry said.

While clothing made with natural materials eventually breaks down, those that have plastic or plastic products in them “just sit in the landfill for who knows how long,” Storry said.

About 60 per cent of the material fibres have plastic in them, including jackets, T-shirts and sweaters, she said.

“If you see anything with polyester, it has plastic and it's a pretty common fibre in our clothing these days,” she said, noting that apart from taking up landfill space, clothes use a lot of energy and water to produce.

Metro Vancouver's campaign, “Think Thrice About Your Clothes,”promotes greener options for reducing, repairing and reusing textiles, as well as tips on how to make smart choices when buying new clothes, or even purchasing second-hand or renting clothing.

Renfer remembers a time when an outfit was an investment and now she said she's gone back to that mindset.

“I thought a lot about it and I spent what was to me a lot of money. I didn't have as many outfits and I really looked after them,” said the 61-year-old Vancouver real estate agent.

Now she only throws away socks and underwear, then donates her unused clothing at least three times a year.

She used to buy something almost once a week and was excited about clothing that was “cheap and cheerful.”

Now she said she's been trying to be more mindful of her purchases.

“And it was sort of sad to find out that it was a bad thing,” she said.

“We have to rethink how we buy clothes.”