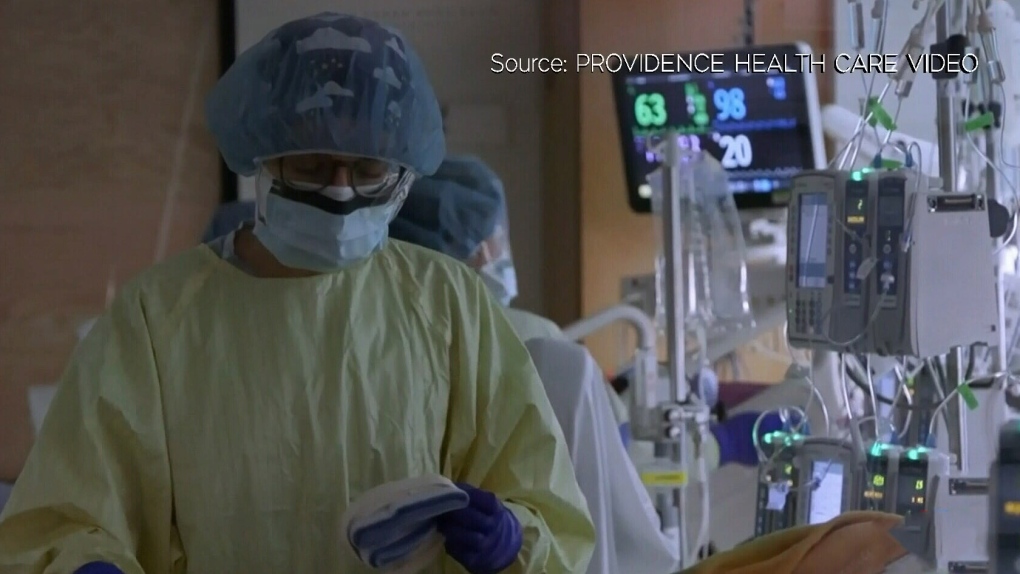 B.C.'s Ministry of Health says 10 more COVID-19-related deaths have been reported in the province over the last 24 hours, and hospitalizations have continued to fall.

There were 517 test-positive patients in hospital with COVID-19 as of Wednesday, a total that includes both those with serious illness caused by the coronavirus and those who were admitted to hospital for other reasons and tested positive incidentally.

Four of the 10 deaths announced Wednesday happened in Vancouver Coastal Health, while Fraser Health, Interior Health and Northern Health saw two deaths each, according to the ministry.

Since the pandemic began, 2,883 deaths have been attributed to COVID-19 in B.C.

Most of those deaths have been among people ages 70 and older, and many of them have been associated with outbreaks in long-term care and assisted-living facilities.

On Wednesday, the ministry announced five more outbreaks in the province's health-care system, but it also announced the end of 11 such outbreaks.

The new outbreaks were declared at:

The ended outbreaks were at:

There are currently 21 active outbreaks of COVID-19 in health-care settings in B.C., according to the Ministry of Health.

Wednesday's update also included 442 new lab-confirmed cases of COVID-19, though daily case counts have not been considered a reliable indicator of the spread of the coronavirus in B.C. since the province began excluding most people with symptoms from its COVID-19 testing criteria.

Unvaccinated people continue to test positive for COVID-19 and to suffer severe outcomes from the disease - such as hospitalization, ICU admission and death - at higher rates than vaccinated ones.

Data on ICU admissions and deaths by vaccination status can be found on the B.C. Centre for Disease Control's COVID-19 Surveillance Dashboard.

All of these per-capita figures have been adjusted for age differences between the vaccinated and unvaccinated populations.

As of Wednesday, 90.6 per cent of eligible people ages five and older in B.C. had received at least one dose of a COVID-19 vaccine, and 86.3 per cent had received two doses.

Among adults, 57.8 per cent have received a third dose, also known as a booster shot.