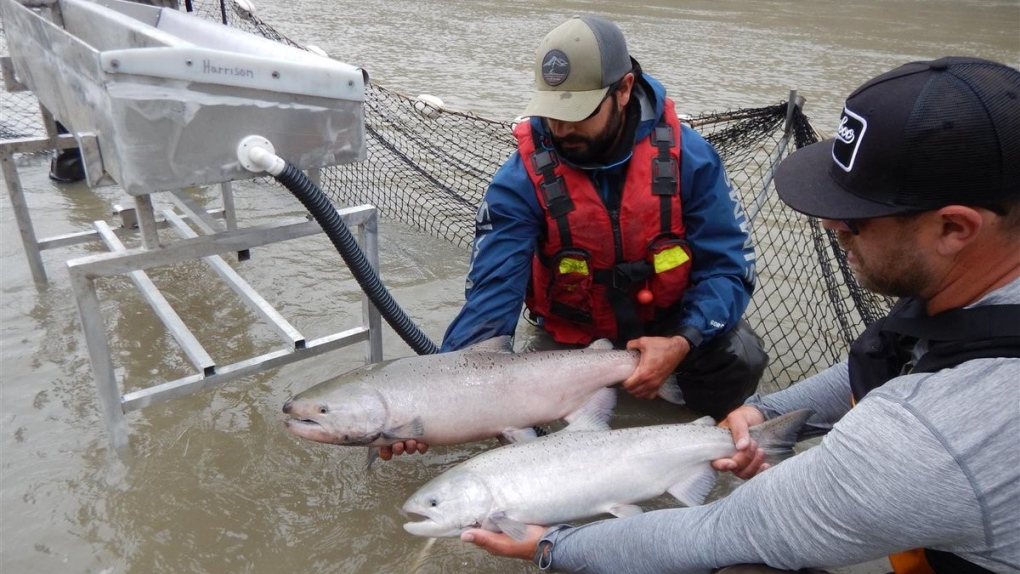 In order to help salmon get up to their spawning grounds, crews have built a holding pond below the rock slide. Salmon will swim through a one-way gate, or weir, into the pond where they'll be netted, tagged, and placed in oxygenated aluminum tanks. (@DFO_Pacific/Twitter)

VANCOUVER - The British Columbia government says that for the first time, sockeye salmon are confirmed to have swum past the massive landslide on the Fraser River north of Lilooet.

As of Friday, the province says nearly 18,000 salmon had swum past the slide on their own via the natural channel that's being restored.

Nearly 52,000 salmon, including sockeye, chinook and small numbers of pink and coho, have also been transported over the slide by helicopter so the fish may access their spawning grounds.

The province says that on Saturday, crews conducted successful test runs of a new road using a five-tonne truck carrying two tanks, which are set to carry fish upstream.

The equipment would benefit efforts to restore the natural fish passage, in addition to ongoing rock manipulation, as more salmon are expected to arrive at the slide in the coming days.