B.C. already $60M over budget in its wildfire suppression spending for this year

B.C. already $60M over budget in its wildfire suppression spending for this year 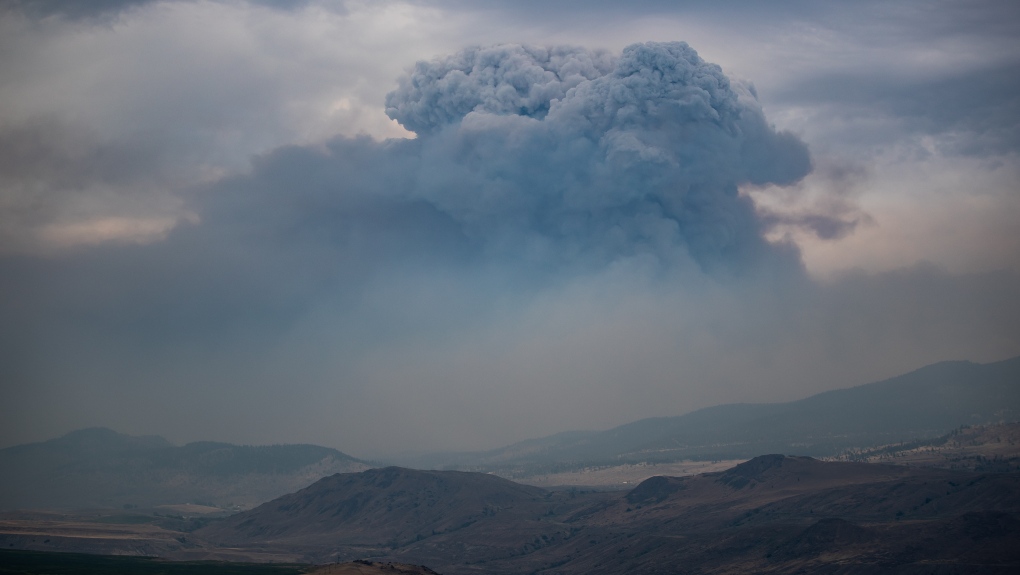 A pyrocumulus cloud, also known as a fire cloud, forms in the sky as the Tremont Creek wildfire burns on the mountains above Ashcroft, B.C., on Friday, July 16, 2021. THE CANADIAN PRESS/Darryl Dyck
Vancouver -

Even though it's early in B.C.'s wildfire season, resources are already spread thin and the province is $60 million over its budget, the local wildfire service said Thursday.

B.C.'s budget for wildfire suppression was set at $136 million, which is the same as the amount allocated in 2020. According to the BC Wildfire Service, $196 million has already been spent so far this year.

Karley Desrosiers, with BCWS, said part of the reasons costs have been high already is because of the COVID-19 pandemic.

"We added additional crews in response to COVID-19 to avoid having large groups of people and to send smaller crews into certain areas as well as to address travel concerns," she said, adding that those crews have since been added to the permanent roster.

Desrosiers said the $196 million includes other recoveries, explaining crews were sent out of province earlier in the season to assist with firefighting in Quebec.

Desrosiers assured additional funds are available as needed and said she expects a "substantial increase" in spending still to come.

"The funds that are needed to fight these wildfires are available and will be available. So we have the means that we need," she said. "So that is not a concern."

As of Thursday afternoon, 268 fires are active in the province. Of those, 39 are considered wildfires of note. So far this fiscal year, 1,175 wildfires fires have been recorded in the province and 341,466 hectares have burned.

More than 3,000 firefighters and support staff are battling the blazes, with some having come from Alberta, New Brunswick and Quebec. Along with crews, the province has long-term contracted a fleet of 39 aircraft for the 2021 fire season. That includes several helicopters, bird dog aircraft and 20 airtankers.