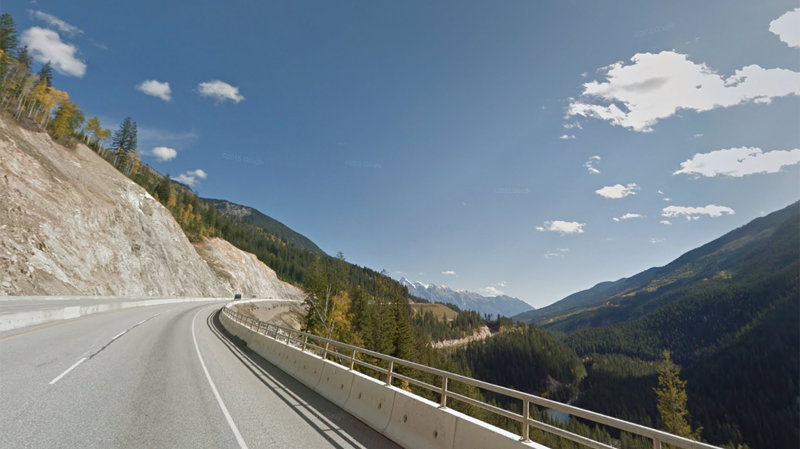 A stretch of the Trans Canada Highway east of Golden, B.C. is seen in this undated Google Maps image.

VANCOUVER - A massive dump of snow in parts of British Columbia's Interior has shut down highways and prompted a special avalanche warning for those thinking about travelling in the backcountry.

Several highways have been closed because of the high avalanche threat above the route, including Highway 1 from Revelstoke to Golden, with the possibility that it may not be open again until Thursday night. Officials initially estimated it wouldn't reopen until noon Friday, but have since updated their estimate.

The weight of snow from weeks of constant storms has triggered many large avalanches in recent days, and while those are becoming more sporadic, Avalanche Canada warns a change in the weather poses a greater danger.

Senior avalanche forecaster Mark Bender says a decrease in natural avalanches coupled with improved weather for the long weekend creates a classic situation where people venture into more aggressive terrain where they might set off a slide.

Bender says while danger ratings may move down, the hazard exists and people travelling in the backcountry in the next few days will require expert-level skills to avoid dangerous terrain.