VANCOUVER -- A harrowing experience in the backcountry has turned three B.C. pro skiers into advocates, demanding a global company issue a recall on a safety equipment.

This past March, Nick McNutt was going for his second lap through a remote valley near Pemberton. The conditions appeared ideal until more than halfway down, when an avalanche pushed him into a tree, sweeping him underneath the snow.

Ian McIntosh watched as his friend get injured and jumped into action once he realized McNutt had been buried.

“At that point, when everyone turned their transceivers to search, we had no signal,” McIntosh said. “We can use the transceiver to locate where they are. And I can't tell you how helpless I felt at that moment when I realized we did not have a signal.”

He said it was shocking to them, because as experienced skiers, they had checked that everyone’s beacons were working twice that day.

As McNutt was buried face down in the snow, he was oblivious to the fact that his transceiver wasn’t sending his friends his location.

At the time of the incident, McNutt was being filmed for a ski and snowboard movie. His companions watched as he hit the tree, giving them an idea of where to search.

They said it could be chalked up to luck or extensive training, but when they used a probe to look for McNutt, they found him in about five minutes. 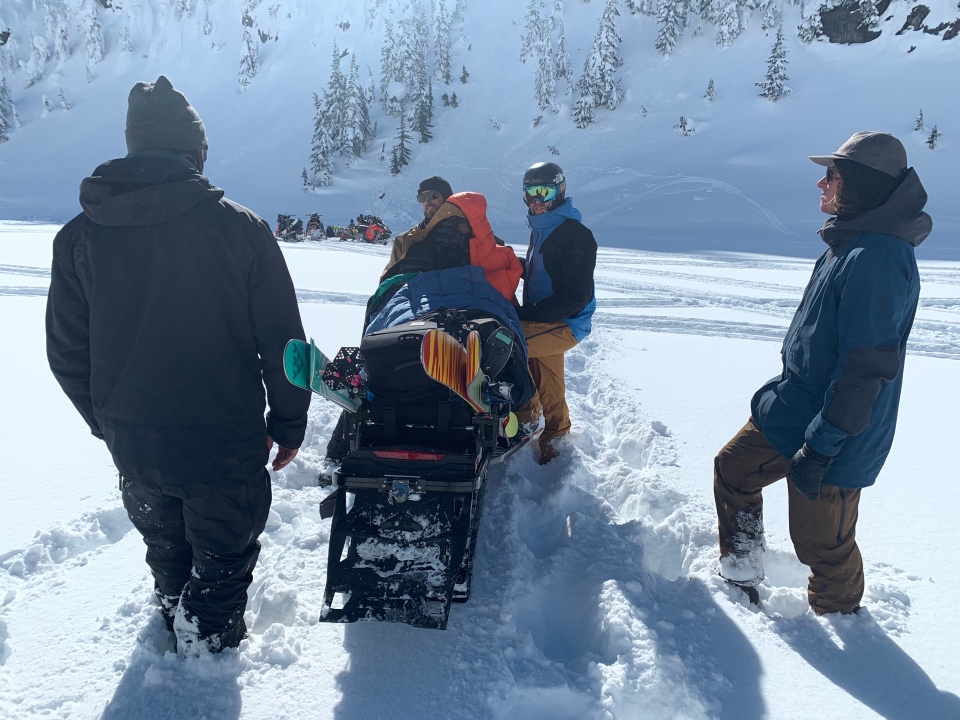 “We dug him out, got to his airway, and he made a moaning sound. And that was like the biggest relief in my life, because I was so scared that we were going to be digging up our dead friend,” McIntosh said.

They immediately went to investigate to see what went wrong with the transceiver and, to their surprise, it wasn’t destroyed, but the slider had moved positions and somehow been turned off.

In an Instagram post by Black Diamond, a spokesperson explains that “moderate force” needs to be used to move the slider.

McIntosh believes this is a “design flaw.”

McNutt believes the slider may have moved when he hit the tree on his way down.

“I definitely feel very fortunate to still be around, and hopefully no one has to go through this,” McNutt said.

Since that time, they’ve been working with Pieps, which makes the transceivers, as well as its parent company Black Diamond Equipment, in hopes that the transceivers – Pieps DPS Sport and DPS Pro – are pulled from shelves.

After months of inaction, they’ve decided to share their story to their thousands of followers on social media.

“People are starting to get out in the mountains again,” McNutt said. “We couldn't, with a clear conscience, just be silent anymore.”

The skiers are not the first to demand change.

In 2017, Corey Lynam was in the backcountry near Whistler when he was caught up in an avalanche.

Like McNutt, he had a Pieps DPS Sport transceiver, and it was turned off, making it nearly impossible for rescuers to reach him in time.

“He was buried for over four hours and that was awful. The worst day of my life,” said Brianne Howard, Lynam’s widow. “Who knows if he would have survived, but at least he would have had a fighting chance and he wasn't he wasn't given that opportunity.” 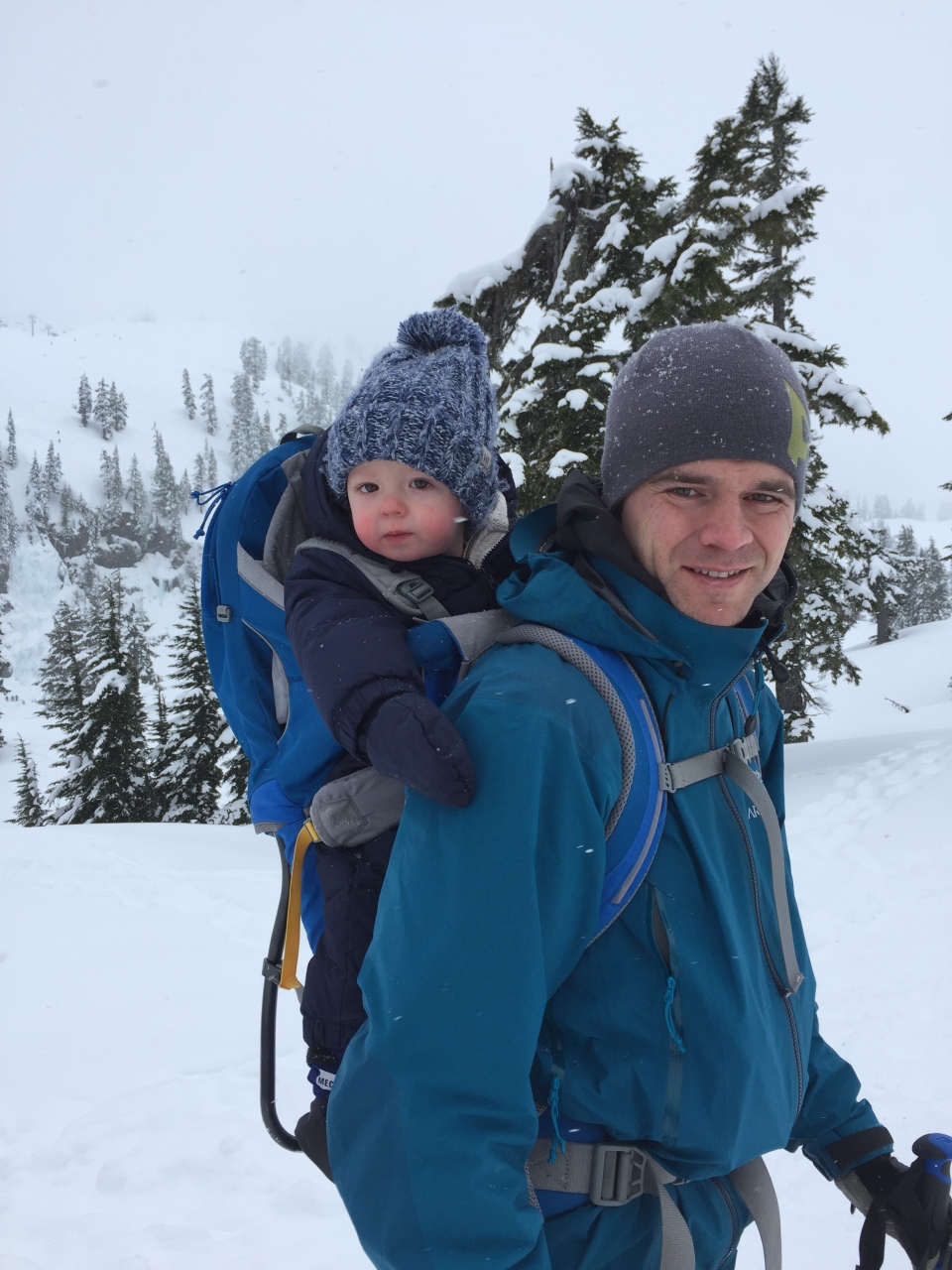 At that time, Howard appealed to Black Diamond Equipment for a recall, to no avail.

Every time she sees a store carrying that same beacon, she said, she shares her story in hopes the store will take it off the shelves.

Now that the skiers have made their story public, she said it has helped shine a bigger spotlight on the issue.

“It was heart-wrenching to know that it happened again,” she said. “I've been trying to do this since 2017 and so I'm grateful that now there's some momentum behind it.”

CTV News Vancouver requested an interview with Black Diamond. The company first agreed, but then cancelled.

In an emailed statement, it said Lynam’s beacon was thoroughly investigated.

“Mr. Lynam’s beacon was subjected to extensive evaluation and analysis by a leading independent lab and at the instruction of investigators. This comprehensive and thorough review determined that our Pieps beacon was working properly and exceeded industry standard,” the company said.

It also stands by all of its products, saying: “Our beacons undergo rigorous testing, which includes in-house analysis more stringent than industry standards; assessment by an independent third-party; and evaluation against the beacon market at large.”

Howard and the skiers believe tests and real life-experiences have shown different results.

“We have two examples: here's Corey’s example and here's the Nick’sexample, and in both those cases where you have people who were actually buried, the beacons failed,” she said.

McIntosh said they will not give up trying to raise awareness on this issue until the both the Pieps DPS Sport and DPS Pro are taken off shelves.

“This is about human life, which is way more valuable than dollars and cents,” he said.

Note: This story was updated on Oct. 18 to include more information about the faults of the lock mechanism on the beacon, as alleged by McIntosh.