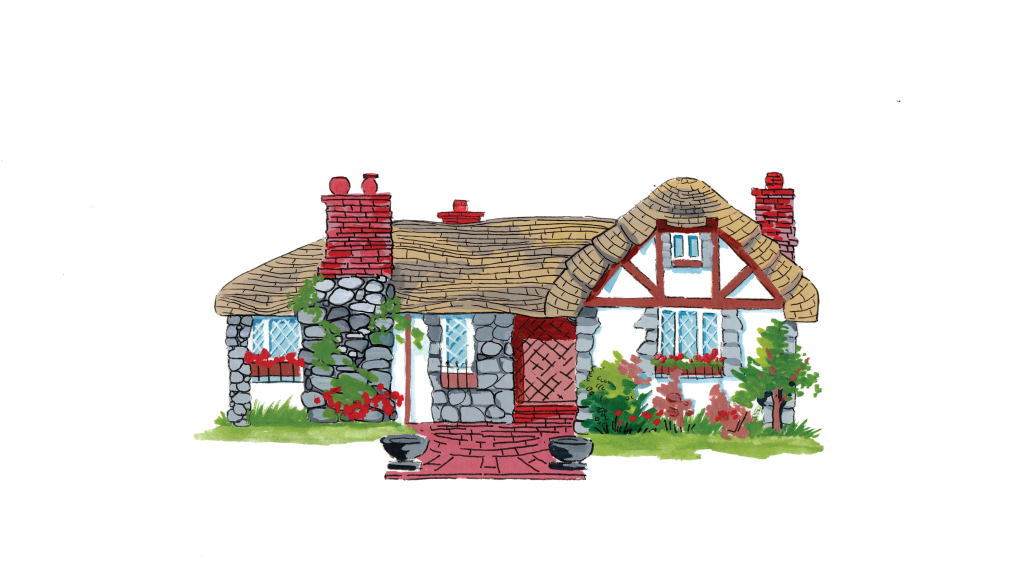 As a 2D animator, Kerel Alaas is used to seeing things in a different way, and that's what sparked the idea for a new project highlighting various neighbourhoods across Metro Vancouver. (Photo: Kerel Alaas)

As a 2D animator, Kerel Alaas is used to seeing things in a different way, and that's what sparked the idea for a new project highlighting various neighbourhoods across Metro Vancouver.

After a few years spent scouring residential areas and then recreating some of the homes on paper, Alaas has released a book.

No Place Like Home: Houses of Metro Vancouver is a collection of paintings of homes she discovered in Richmond, Vancouver, North Vancouver, West Vancouver, New Westminster, Burnaby and Coquitlam.

"This book is about residential architecture of Metro Vancouver," Alaas told CTV News Vancouver. "The book covers the history of each city and each illustration comes with little thoughts from me about the process and why I picked this particular house."

Born and raised in the Russian city of Yakutsk, Alaas initially wanted to become an architect. But she eventually decided to study animation at Emily Carr University after moving to Metro Vancouver.

Alaas said it's been a long road to get the book into people’s hands.

"I was trying to find a store where I could sell the book, but unfortunately people were not interested. They said that the book was too experimental and it wasn't the type of thing they would sell," she said.

That's when Alaas took matters into her own hands and decided to take the self-publishing route.

"I really believed in this project, so I decided just to save up some money and then published 100 copies," she said.

Alaas said the book is almost sold out and she's been overwhelmed by the support.

"I didn't expect it to be this popular," she said. "It was a big surprise for me."

But her health also delayed the release of the book.

Alaas said she is still dealing with the impacts of that illness.

"I still don't have any answers and I'm seeing all kinds of doctors," she said. "Physiotherapy has helped me a lot, so I'm able to manage the symptoms better but my speech still gets affected sometimes."

But she also credits working on her book, as a way of helping her get through those tough times.

"This project really helped me, just mentally to keep me positive, because I had a goal and just wanted to work on it," she added. "This book became very special to me because of that."

While Alaas initially planned on illustrating some of Vancouver's biggest architectural attractions, she opted to shine a light on people's homes instead, because they were more "sentimental."

Although she couldn't resist documenting the city's iconic hobbit house, Alaas mainly stuck to drawing homes that people don't typically give a second glance to.

"I just felt so sad about the fact that people don't really sometimes appreciate and understand how beautiful some of these houses and gardens are…and I wanted to highlight their uniqueness as well," she said.

With Metro Vancouver constantly developing by adding new high-rise buildings, Alaas said she's worried some of these older homes will be destroyed or forgotten about.

"They need to be protected. It's heritage to pass on to the next generation that can show them how people lived in the past," she said.

As for what she plans to do next, Alaas said she wants to get her book to a larger audience and then create a second edition with more cities, like Delta and Abbotsford.

Alaas also has her sights set on another venture, creating a book that highlights some of the small businesses that make up Metro Vancouver.

"I want to focus on small business owners and just talk about their stories," she said. "I want to show how these businesses work from the inside."