Another rail blockade in B.C. as protesters call for cancellation of Trans Mountain expansion 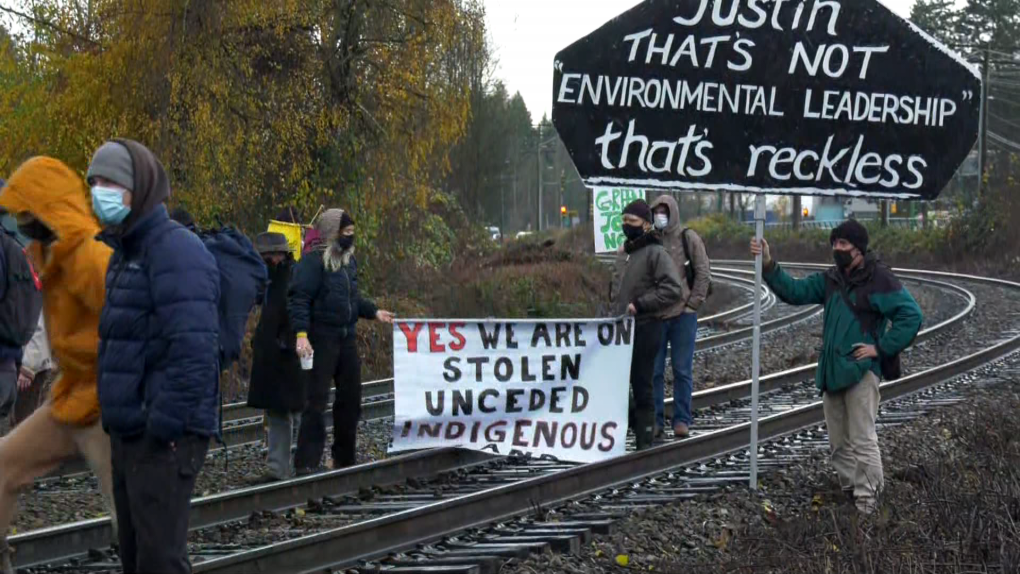 VANCOUVER -- Another rail blockade occurred on the tracks in Burnaby, B.C., Friday afternoon as part of a protest against the Trans Mountain pipeline expansion project.

In a news release, advocacy group Extinction Rebellion said the protest, and another in Montreal, would be held by pipeline opponents "in solidarity with calls to action by land defenders."

Demonstrators rallied near Burlington Avenue and Government Street, then walked to the rail line that runs parallel to the pipeline route, the group said.

"The route regularly ships oil by rail," demonstrators said of the chosen location.

The protests are to be peaceful and non-violent, they said.

And earlier this week, a group identifying itself as "land defenders" shut down a major intersection and blocked access to the Port of Vancouver.

On Monday, one of the defenders told CTV News they were hoping to call attention to a number of issues including climate change, but also systemic racism across the country.