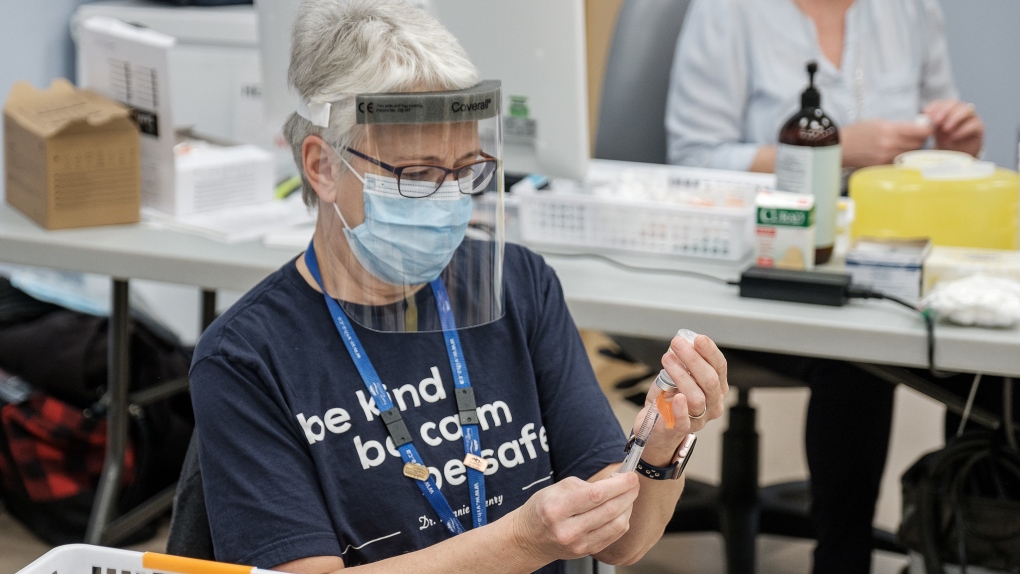 Health officials in B.C. are preparing for the possibility of a third COVID-19 vaccine dose being necessary for some residents, saying boosters may be on the way as early as this fall.

Henry said health officials have been "following the data" on booster shots, adding that there are "two groups of people" they're focusing on.

One of those includes people with specific immune-compromising conditions, like blood cancer or those who have had a solid-organ transplant. Henry explained those individuals "don't necessarily develop a response after two doses" of COVID-19 vaccine, but a third dose might increase the probability of them having a good immune response.

"Operationally we're putting together the plans to be able to provide that third dose to those group of people and I expect that will happen in the next week or so," Henry said.

The other group includes residents of long-term care facilities.

"It's a little bit different across the country and those are also data that we've been watching very carefully," Henry said. "So far we are not seeing a diminution of protection across the board of long-term care."

Henry explained most long-term care residents had a longer interval between their two shots, which she said gives a "strong, longer-lasting protection."

"We need to determine what is the optimal interval," she said, adding that though it's still a bit speculative, it could be about six to eight months.

"That would put us for most people in long-term care somewhere around October. So we're gearing up to be able to provide a third dose around that period of time and we'd be looking at providing influenza immunization around the same time."

For other B.C. residents, Henry said officials are considering whether everyone needs a third dose, reiterating that a longer interval between doses gives a better immune response.

"We want to make sure that we know the appropriate timing and whether it's needed. Countries like the U.S. and Israel, they stuck to the very narrow window of time for the most part and so have been focusing on booster doses," she said.

"The data that we're seeing right now doesn't show that we need a booster dose yet. It may be sometime in the new year for the average person."