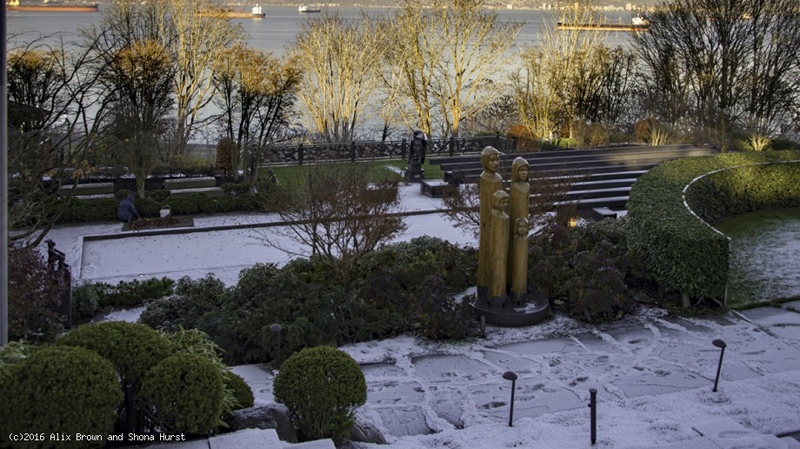 This $31-million waterfront home in Vancouver's Point Grey neighbourhood is 99 per cent owned by a student.

The former owner of a $31-million waterfront mansion in Vancouver’s Point Grey neighbourhood is shedding light on why his buyer is listed as a “student” – and slamming B.C.’s new foreign buyers tax.

Investor and Order of BC Recipient Peter Brown called back after CTV News visited the residence to say the student’s Chinese parents are the ones who paid him for the property, and that such arrangements are common “estate planning” techniques.

“I sold the house to a Chinese couple who are going to live here. Sum total story period,” he said, adding that the buyers had bought some of his furniture as well. “You think people buy a $31-million house just to leave it empty?”

“They bought it and put it in his name, to suit themselves. That’s their business. It’s not mine, it’s not yours, it’s their business. But I can tell you they’re going to live there,” said Brown, a high-profile Canadian businessman who was vice-chair of Expo ’86 and a member of the board for the 2010 Olympic Games.

He founded investment dealer Canaccord Financial before retiring in 2014. He is also chair of the board of the Fraser Institute.

Brown said he didn’t know specifically why the parents structured the ownership of the asset that way, but said he had seen many such legal arrangements that don’t trigger some types of taxes that are due when assets transfer.

“I’ve bought lots of assets in my life that I put in my children’s names, so if I get hit by a bus, I don’t pay estate duties,” he said.

The $31-million property, on Belmont Avenue in Vancouver, attracted a lot of attention as the most expensive sale recorded in the city this year.

But the NDP Housing Critic, David Eby, also included the home in a collection of dozens of multi-million dollar homes owned by students and homemakers, who may not have the income to support purchasing those properties.

“We came out with information saying a group of nine students buying $59 million on the west side, a group of 50 students and homemakers owning $100M of real estate in a single neighbourhood in Vancouver,” Eby said this week.

“This is concerning, we’d like to look into this, and we’d like to know what happened in the housing market,” Eby said.

Attempts to contact those two were unsuccessful, so CTV News visited the property to drop off a business card.

That’s when Brown phoned back, saying he still lived at the property, complaining about the visit, and engaging in a wide-ranging conversation on the recent deal, and whether the province’s new foreign buyers tax is a good idea.

This summer, the B.C. government passed a new 15 per cent tax on buyers of property in Metro Vancouver who are not Canadian citizens or permanent residents.

“Now when you do a real estate deal you have to write ‘FN’. Foreign national. It’s like Donald Trump. When have we as Canadians ever branded people ‘FN’?” Brown said.

“When the dust settles a year from now the Asians will keep coming and they’ll pay the 15 per cent. The guy who won’t pay is the skilled worker we desperately need,” he said.