28% of those told to quarantine because of close COVID-19 contacts had recent suicidal thoughts: UBC study 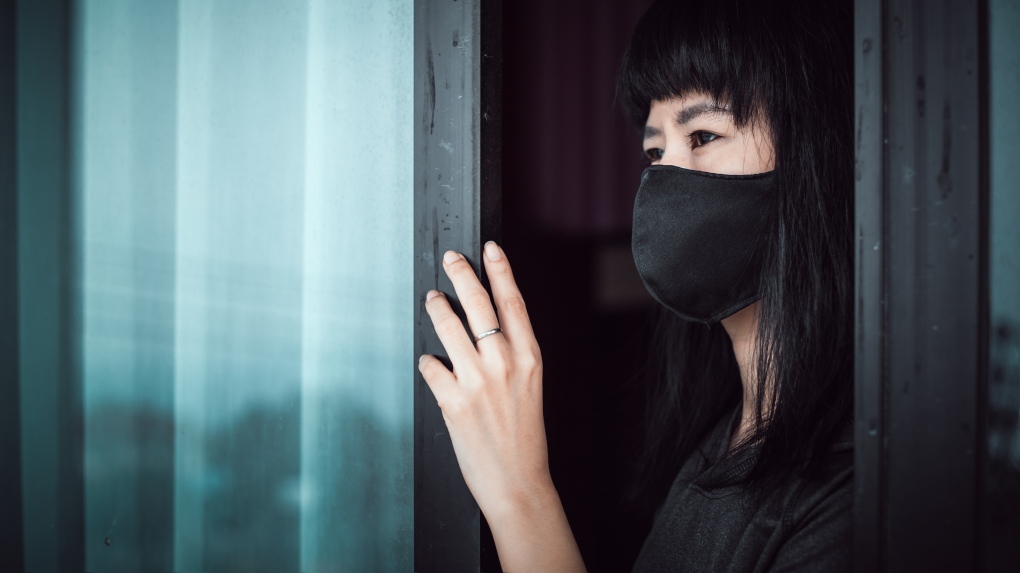 Person looking out the window while wearing a mask. (Shutterstock)

VANCOUVER -- While quarantining may be a critical component in stopping the spread of COVID-19, B.C. researchers are warning that isolation can have some severe unintended consequences on mental health.

Researchers at the University of British Columbia say they, in partnership with the Canadian Mental Health association, surveyed 3,000 adults across the country in the first Canadian study to look at the mental health impacts of different reasons for quarantining.

Results from the study suggest while many revealed their mental health had worsened during the pandemic, those who spent time in self-isolation – whether it was mandated or voluntary – experienced even more significant impacts.

"Two out of five … participants reported having worse mental health after the pandemic started," said UBC research assistant Zachary Daly in a news release about the study.

The survey also found that those who had to isolate because of their own COVID-19 symptoms were even more likely to have recently engaged in self-harm.

"This group had the highest rates for self-harm, at nine per cent, compared to one per cent among those who have not had to quarantine or isolate," Daly said.

But these negative impacts aren’t necessarily felt by everyone who quarantines. For example, the study found that those who isolated because they recently travelled didn't have significantly worse mental health.

"People who quarantine due to potential direct exposure are clearly dealing with greater levels of distress," said Emily Jenkins, an assistant professor of nursing at UBC and principal researcher, in the news release.

"We're really advocating for some shifts in the way things are done and the practices related to surveillance … we want to make sure that there are strategies to mitigate some of the potential mental health harms associated with these measures."

Researchers suggest including mental health check-ins as part of the quarantine follow-up process.

"This has been a tough year and there are not yet signs of things easing up," Jenkins said. "The promising thing is that as we identify circumstances that may put people at risk, we can work to address these."