2 'murder hornets' found about 5 kilometres apart within 5 days in B.C. 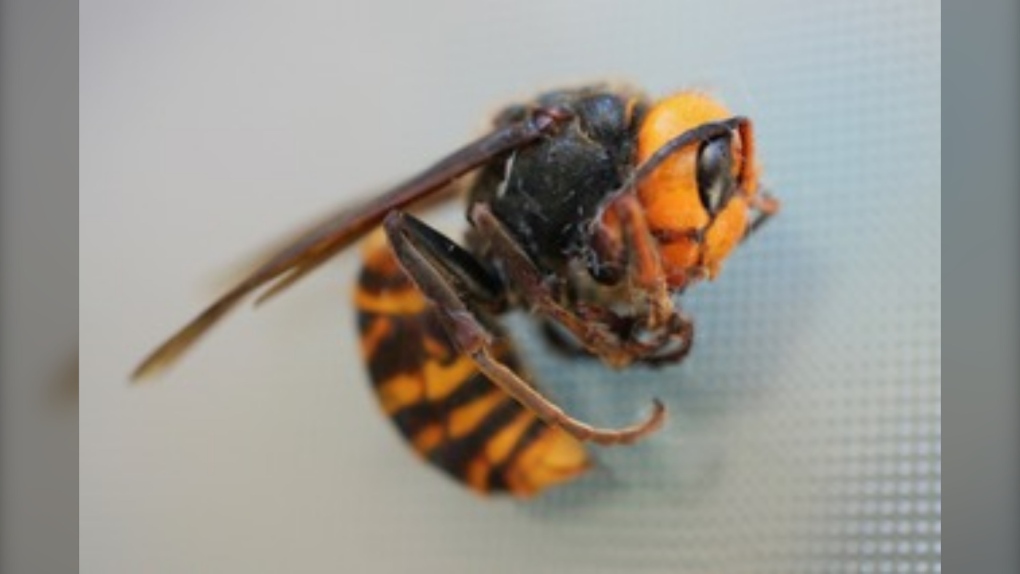 VANCOUVER -- A second so-called "murder hornet" has been found in B.C. in a period of just five days, the provincial Ministry of Agriculture says.

The most recent discovery of an Asian giant hornet was near Fraser Highway and Highway 13 in Aldergrove.

The ministry said it was found on Saturday.

The hornet was uncovered just five days and five kilometres from a similar discovery made in Abbotsford.

These finds bring the total of Asian giant hornets found in B.C.'s Lower Mainland to five in the last year. Hornets have been in White Rock and Langley.

A nest was also found and destroyed in Nanaimo last year, but no nests have been found in the Lower Mainland so far.

Still, officials said previously they believed hornets waited out the winter somewhere near the U.S. border in Surrey last winter. It is not known on which side the insects were living.

Traps and surveillance measures have been set up along 0 Avenue in Surrey, as a nest was located in Washington state in October, and in Nanaimo.

In a news release Tuesday, the ministry said the most recent discoveries are "thought to coincide with a phase in the hornets' life cycle in which they disperse from their nests to look for new hornets to mate with."

Stings from the hornets can be painful and cause swelling, redness and itching, but the ministry says they're generally not interested in humans or pets.

They hunt other insects for food, and only attack larger species if their nests have been disturbed.

Asian giant hornets are described as being about 3.5 cm long – although queens can be longer – with big orange heads and black eyes.