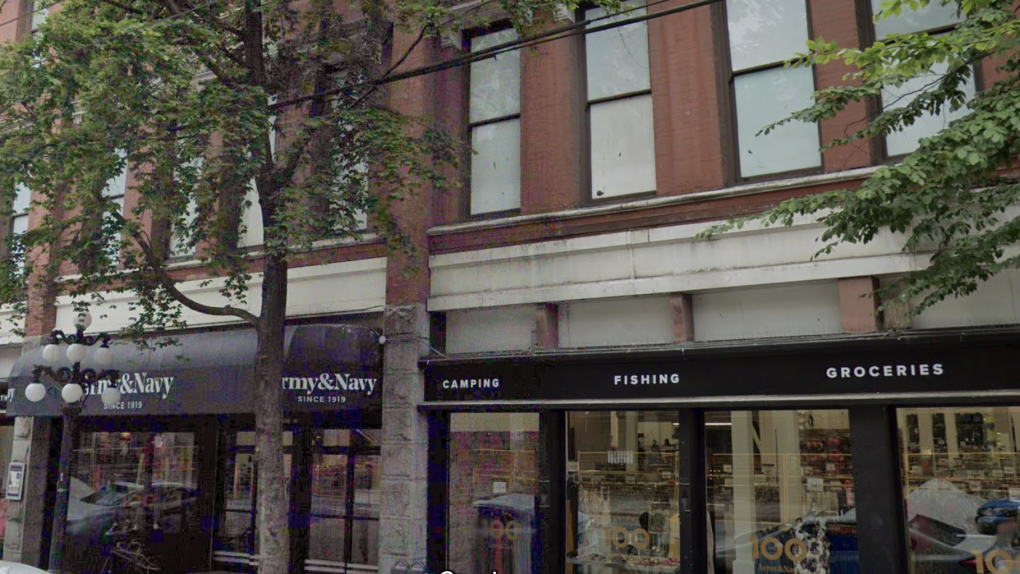 All five locations of Army & Navy will close because of COVID-19, the owner of the stores said on Saturday, May 9, 2020. Google Street View

VANCOUVER -- A department store that served Vancouver's Gastown and Downtown Eastside neighbourhoods for decades is closing, along with four other Army & Navy locations.

Jaqui Cohen, the owner of Army & Navy, confirmed that all five stores would permanently close. In a statement, Cohen said the stores closed in March because of COVID-19, and the company temporarily laid off staff.

Cohen said it was "hard to comprehend" the closure of the stores, which were started over 100 years ago by her grandfather.

"This time last year we were celebrating the centenary of Army & Navy — a company my grandfather started in 1919 — and we were looking forward to the years ahead," she said. "Now we are closing a company that was at the heart of eight communities in Western Canada over its 101 years."

Cohen said the stores have withstood many changes in the economy and the retail business, but could not withstand the shock of the global pandemic.

Cohen said she will be spending the next few weeks "ensuring the women and men who have worked for Army & Navy have our support," and then plans to focus on philanthropic work through her Face the World Foundation.