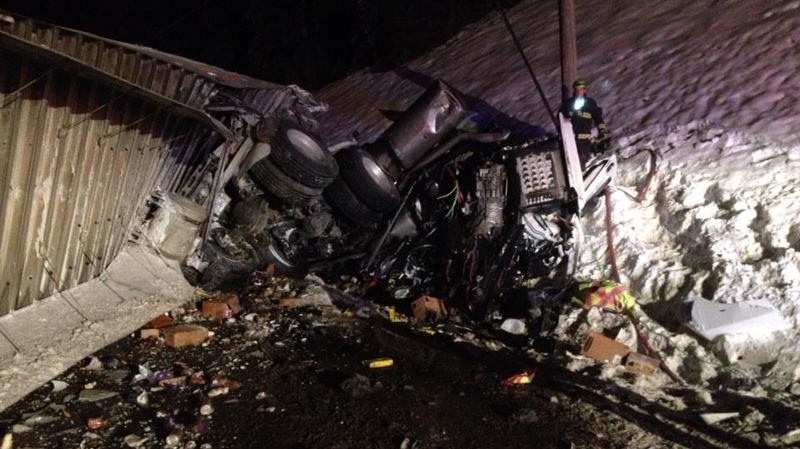 One person is dead after a head-on crash near Golden involving two semis. (Twitter/@UnitedTowing1)

GOLDEN, B.C. - Police say a head-on crash in southeastern B.C. involving two semis has left one dead and one in serious condition.

Const. Amber Brunner says driving conditions were clear when one of the trucks crossed the centre line on the Trans Canada Highway west of Golden.

She says one person was killed in the collision, and another was airlifted to Foothills Medical Centre in Calgary with serious injuries.

United Towing's heavy rescue division responded to the scene, and said on social media that both semis burst into flames and that the wreckage was later struck by a passing train.

A photo from the scene shows one of the involved trucks totalled beyond recognition, with wreckage including cardboard boxes and a reflective safety vest strewn around it.

The crash closed the highway late Monday night, and it remained closed into the morning.