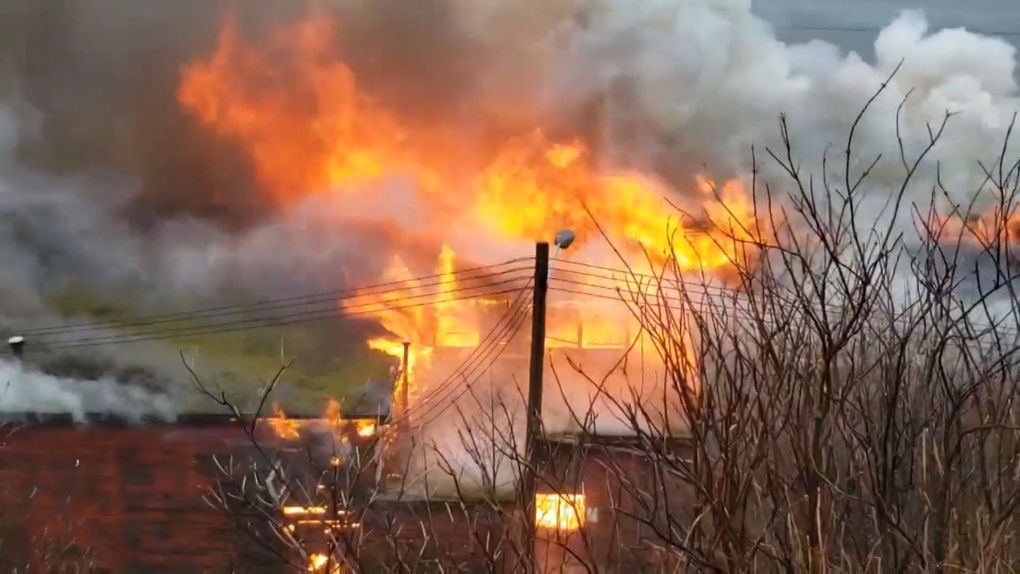 VANCOUVER -- A youth has been arrested for arson in connection to a fire that destroyed a Canadian National Railway warehouse in Prince Rupert Sunday.

The fire broke out in the afternoon and flames could be seen shooting high into the air, engulfing the entire building which sits on the waterfront.

Crews were on scene for several hours battling the blaze from the ground and from a hill behind the building.

Mounties said the youth has been released with an order to appear in court.

While sections of CN Rail tracks have been the site of recent blockades in solidarity with Wet'suwet'en hereditary chiefs who oppose the Coastal GasLink pipeline in northern B.C., Mounties emphasized that this incident was "not related in any way to the ongoing protests."

According to CN Rail, nobody was hurt in the fire. Police said they're still investigating and ask anyone with information to call Prince Rupert RCMP or Crimestoppers.