Would-be thief 'caught in the act' at Gucci store in downtown Vancouver: police 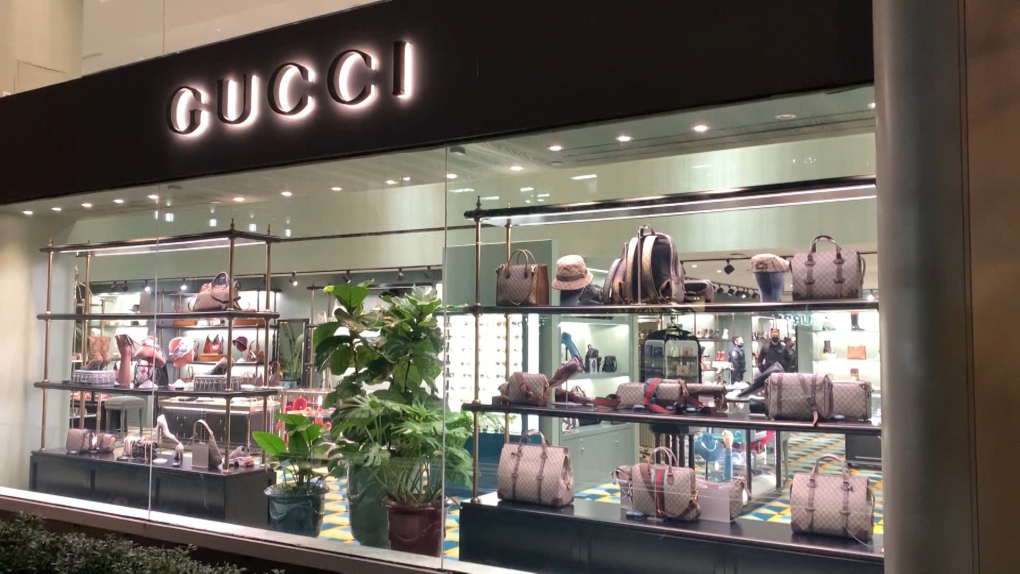 The luxury retailer in downtown Vancouver has been targeted numerous times by thieves in recent weeks.
VANCOUVER -

A 37-year-old man is facing charges after allegedly breaking into a high-end retailer in downtown Vancouver and was "caught in the act" trying to steal merchandise, police said.

Vancouver police arrested the suspect just after 7 a.m. on Sunday, after a witness reported suspicious activity outside the Gucci store near Thurlow and Alberni streets.

"Police were patrolling close by and arrived on scene just as the suspect pried back a piece of plywood from a previous break-in," said Sgt. Steve Addison in a news release.

"The thief entered the store and went inside, but when he tried to leave with the stolen merchandise, he was arrested by officers who had surrounded the building."

Taylor Marchuk was taken into custody and has now been charged with break-and-enter and possession of a break-in instrument.

This isn't the first time the luxury shop has been targeted in recent weeks.

On Dec. 9, several people were pepper sprayed during a robbery at the downtown Gucci store, where a pair of thieves made off with at least $25,000 worth of goods.

Last month, Vancouver police said officers had recovered $75,000 worth of stolen goods over a 30-day period and arrested about 200 offenders, as part of a month-long anti-shoplifting campaign.