Woman charged after allegedly tripping senior with walker near Metrotown 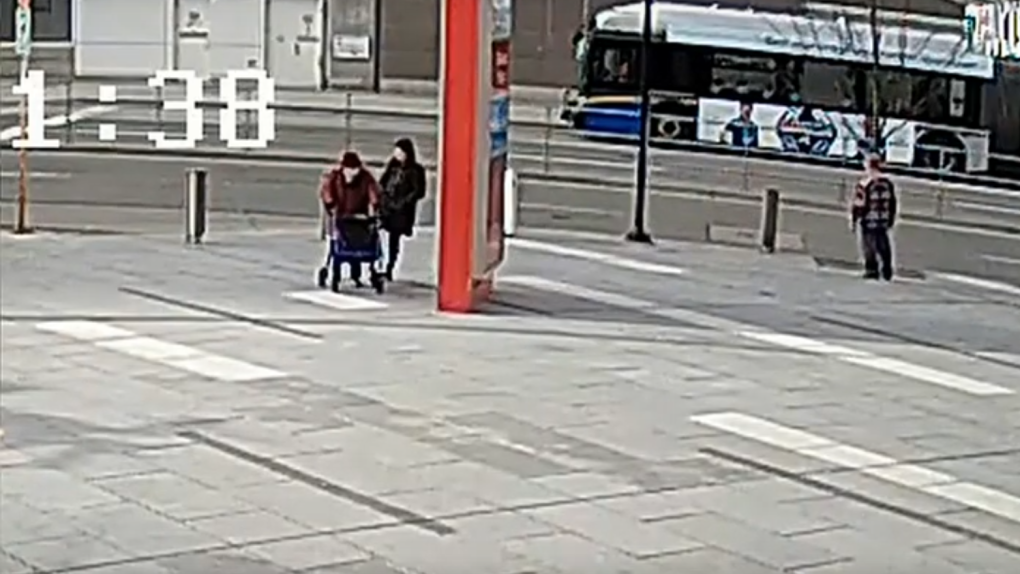 A suspect is shown in the assault of an elderly woman in Burnaby on April 3, 2020. (Still image from video provided by Burnaby RCMP)

VANCOUVER -- A 32-year-old woman has been arrested and charged in connection with an assault on a senior that was caught on surveillance camera in Burnaby, B.C., last spring.

The 84-year-old victim was using a walker near the Metrotown SkyTrain Station on April 3, 2020 when someone approached and tripped her to the ground.

At the time, authorities said the incident was alarming as it appeared to have been completely unprovoked.

On Friday, Burnaby RCMP announced one count of assault causing bodily harm has been approved against Hayun Song, a Vancouver resident.

"After a lengthy investigation, we are pleased to announce that we have identified a suspect and made an arrest," Cpl. Brett Cunningham said in a news release. "Our High Risk Offender Unit has reviewed all the evidence, received tips from the public and completed an extensive investigation. The Burnaby RCMP would like to thank the public for all their assistance."

Authorities released surveillance video of the incident in May in the hopes of generating tips, though the suspect's masked face was not clearly visible.