Woman and dogs attacked by pack of aggressive coyotes in Kamloops 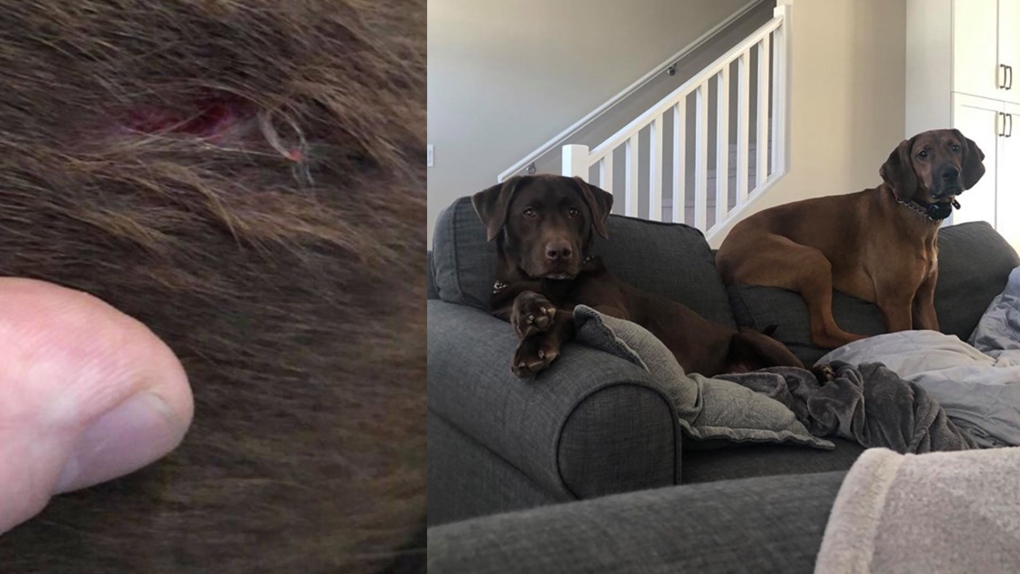 Kamloops resident Kristin Simkins was walking four dogs, including her dogs Scout and Copper, when they encountered a pack of aggressive coyotes. (Kristin Simkins)

VANCOUVER -- Kristin Simkins is warning her fellow Kamloops residents to be careful after she had a frightening encounter with a pack of aggressive coyotes.

Simkins said the incident last Thursday in the Aberdeen neighbourhood, near the outskirts of the city, has forced her to rethink where she takes her dogs Scout and Copper for their daily walk.

"I'm not going back there," she told CTV News. "Not a chance I would go back in that area."

Simkins was walking her dogs and her friends' two dogs near the end of Howe Road when the animals suddenly started barking frantically.

Two of the dogs then rushed off into a wooded area. When one of them emerged, there were two coyotes following close behind.

"I immediately started screaming at the coyotes to get lost – just screaming at the top of my lungs," Simkins said. "They didn't seem scared at all. They actually kept coming closer to me, and bared their teeth at me."

Fortunately, her friends Shantelle and Jordan live nearby and were able to rush over to help. Shantelle managed to chase two coyotes away with rocks and sticks, but not before being bitten on the leg. 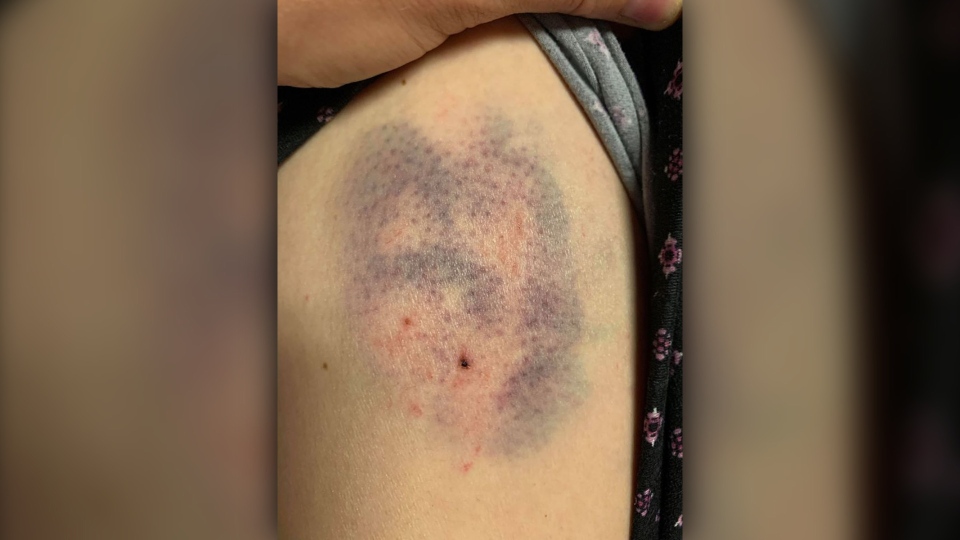 Jordan found the last dog deeper in the woods, where it was surrounded by six coyotes. He managed to shoo the animals away without being injured.

A couple of the dogs were also bitten during the fracas, but none were seriously wounded.

Simkins said it was a terrifying experience that left her feeling uneasy about taking Scout and Copper out in remote areas, even within the Kamloops city limits as they were on Thursday.

"My friend said, 'Your scream still haunts me.' I go out in the wilderness quite a bit, and I've never seen anything like that," Simkins said.

They called the B.C. Conservation Officer Service, which has responded by placing some warning signs in the area.

Officer Graydon Bruce said conflicts between coyotes and dogs aren't very common, but do happen. He said concerned pet owners can limit their chances of a confrontation by keeping their dogs on-leash.

"With coyotes, them being canines, they look at our domestic dogs as competing predators that are coming into their territory, and will sometimes have an aggressive response," Bruce said.

"It's also never a bad idea to keep a type of deterrent, whether that be a walking stick or a canister of bear spray, especially if you're by yourself."

Given the area where the encounter took place, Bruce said the coyotes' behaviour is not abnormal and doesn’t require a larger response.

Coyote attacks on dogs are almost never fatal when there are people present, he added.