Why crows dive-bomb people's heads, and what to do about it 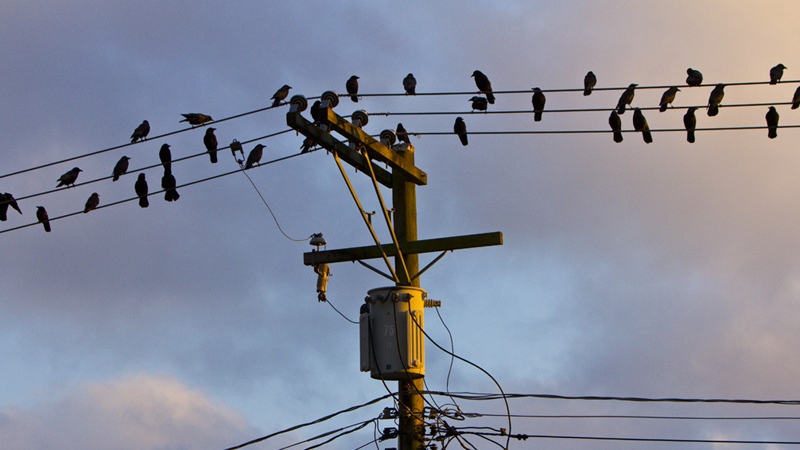 VANCOUVER -- Are crows terrorizing your neighbourhood? Do you cross to the other side of the street to avoid them, or run down the block with your backpack over your head?

The BC SPCA has published some advice for dealing with crows during their spring nesting season, when the birds are extra protective and can act aggressively towards humans.

During nesting season, eggs and young chicks are at risk of being gobbled up by predators, the BC SPCA explained.

"Once baby crows leave the nest, they spend the first few days fluttering from branch to branch within their nest tree as they build up their muscles and flight skills," according to the BC SPCA.

"However, in cities we often remove the lower tree branches for safety and visibility. This means these fliers-in-training end up down on the ground, often in quite exposed areas – which increases the need for vigilant parental protection to ward off danger."

The BC SPCA has some tips for city dwellers who are being harassed by crow parents. You can change your walking route to avoid areas where crows are nesting, and post warning signs in those areas. The BC SPCA also recommends carrying an umbrella to "add a little distance between you and the concerned parents."

The crows should settle down by July, when their babies have grown up enough to be out of harm's way. If you see a young crow on the ground, with no adult crows around it, you can call the BC SPCA at 1-855-622-7722.