'Who knows exactly?': The 'secret' to lower ICBC insurance rates

At first glance, Brigitte Knoepfel from White Rock and Bill Ward from Pitt Meadows don’t seem to have a lot in common.

Knoepel was born in Germany and grew up in Richmond, where she spent decades as a school librarian and social studies teacher before she retired and moved south.

Ward, a single father, grew up in Vancouver, and eventually made his way to Pitt Meadows, where he found a more “bang for the buck” spot to raise his now-adult son.

Knoepel agrees, but unlike Ward, she barely gets behind the wheel of her 2014 Jeep Grand Cherokee, preferring to walk to do most of her errands, with the occasional trip to visit her brothers in Surrey and Vancouver, or her two best friends on Vancouver Island.

“I love driving,” she said. “Just the freedom and the ability to go where I want, when I want.”

Despite their differences, Knoepel and Ward both received the same September surprise: significant savings in their ICBC premiums under the new driver-based model, which is meant to place more emphasis on an individual driver’s experience and crash history.

“Oh! I couldn’t believe it. I said, really?” Knoepfel told CTV News, remembering the day she got the news.

'If anyone deserved a drop – it should be me!'

When we hop in for a ride with Brigitte Knoepfel on the hills of White Rock, we learn she’s been driving since 1967. Her one and only speeding ticket was in 1969.

“I was coming home from UBC. A little bit of a hurry. They pulled a whole line of us over,” she said.

Knoepfel can’t remember exactly how much the ticket was in her Volkswagen Beetle, but she’s confident it never happened again.

“If anyone deserved a drop in insurance rates, it should be me!” she quipped, though when it came to the reasons behind her rate drop she queried, “Who knows exactly!?”

The next week, when Bill Ward takes us for a drive through the fields near Pitt Meadows airport, he shares a similar story: two speeding tickets, but no claims, in his 40 years of driving.

Ward wasn’t scheduled to renew his insurance until February. But, with the new model rolling out in September, he decided to take his chances, and when he visited his broker, his jaw hit the floor.

“It’s kind of a mystery,” Ward said. “I don’t want to ask and find out what I did to get the discount, but I’ll take it.”

So CTV News turned to ICBC to ask why Ward and Knoepfel both saw significant discounts, after covering a handful of stories about excellent drivers like George Power and Brian Homeyer, who expected savings that didn’t materialize.

After all, ICBC had originally pledged that two-thirds of B.C. drivers would be “better off” under the new model, and estimated 55 per cent of customers with basic and optional through ICBC would see decreases in their premiums. And while the insurance giant’s new algorithms may look complicated on the surface, the government-run monopoly told CTV News, it isn’t a mystery. 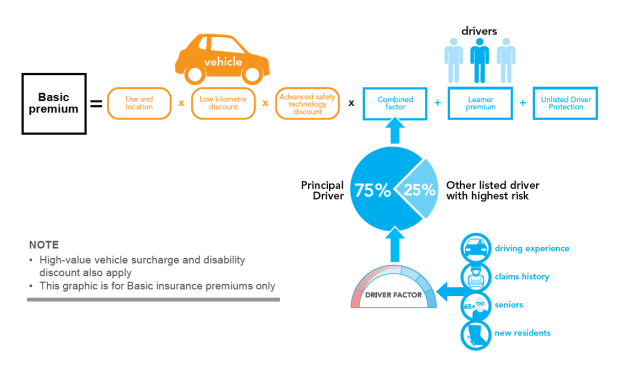 Linsangan said both Ward and Knoepfel are getting a 46 per cent discount of their basic rates, and if they continue to drive crash free, that could increase to a maximum of 52 per cent in two years.

Knoepfel is also getting a 10 per cent discount of her basic premium because she drives less than 5,000 kilometers a year.

And Linsangan said both would be eligible for an additional 10 per cent if they drove vehicles with original, manufacturer-installed autonomous emergency braking systems.

Neither has additional drivers on their vehicles.

And when we take a closer look at their basic premiums alone, it turns out Knoepfel’s has gone down $44 a year, or 5.4 per cent, while Ward’s has actually increased $13 a year, or 1.1 per cent.

The most substantial savings for each were in their optional coverage, specifically under Third Party Liability and Collision.

‘Driver factor’ may be best clue

Beyond visiting a broker, or using ICBC’s online estimator tool, it turns out a little three-digit number known as the "driver factor" may be the best way for drivers to predict what may happen as they renew over the next year.

Drivers with no experience start at 1.173. As they gain years of experience with no claims or crashes, that number drops.

Right now, ICBC will only scan back to March 1, 2017 for claims. Eventually the period will look back at the last decade.

“It’s a very, very good number,” said ICBC’s Linsangan. “Continue to do what you’re doing Bill and Brigitte,” she said.

According to the scale, that’s nearly as good as you can get. 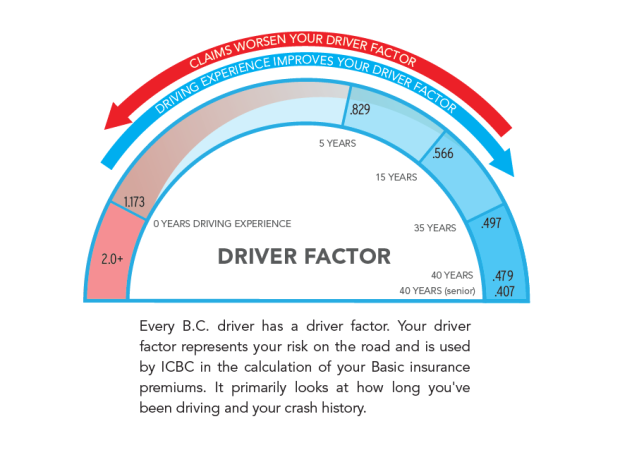 “That’s an extra $340 odd dollars back in my pocket,” Ward said. “It’ll probably go toward other bills. Go toward gas.”

“I haven’t paid that little since who knows when,” Knoepfel said.

“You think it’ll keep going down?” we ask her.