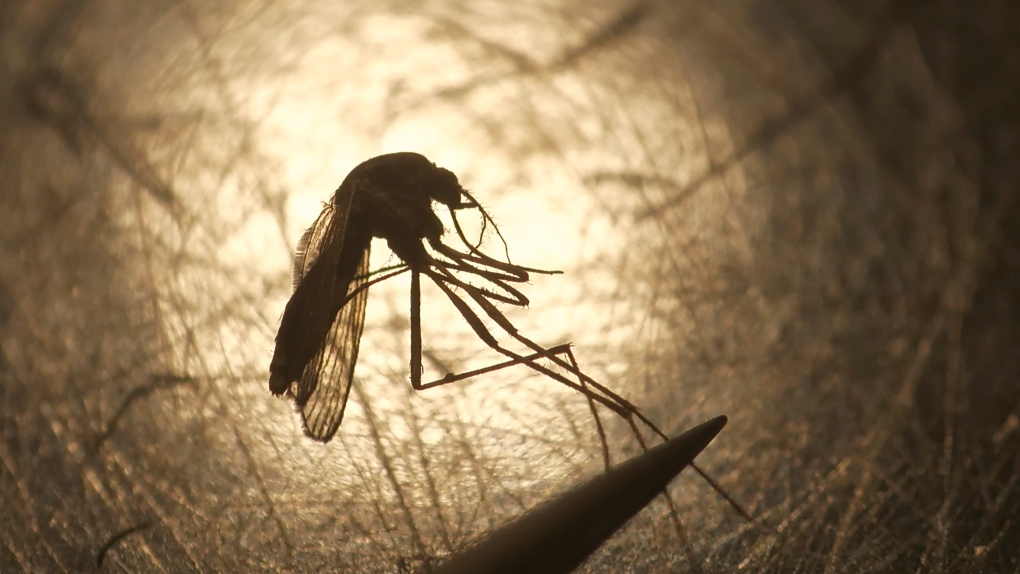 In this Aug. 26, 2019, file photo, Salt Lake City Mosquito Abatement District biologist Nadja Reissen examines a mosquito in Salt Lake City. State and federal health officials are reporting a higher than usual number of deaths and illnesses from a rare, mosquito-borne virus this year. Eastern equine encephalitis has been diagnosed in a score of people in six states and several people have died so far this year. (AP Photo/Rick Bowmer, File)

Two cases of the West Nile virus have been reported in B.C. this year – one human, one horse.

The B.C. Centre for Disease Control told CTV News the human case was reported on Vancouver Island last month, and is the only instance reported in B.C. so far this year.

The horse-related case was reported in the Princeton area.

Few details were provided for privacy reasons, but the BC CDC said both cases were travel-related. Both were tied to the U.S.

It is not known where in the U.S. they travelled, but there was a small outbreak in eastern Oregon this year.

Mosquitoes trapped in Ontario earlier this year tested positive, and a man near Toronto was confirmed to have the virus on Thursday.

Another case was reported in that city in August.

The virus spread by mosquitoes is rare in B.C.

Prior to this year, the BC CDC's data shows there were two human cases in 2017, one in 2016 and none in 2015. There have been more horse cases reported in those years, and two ravens, a blue jay and one horse were infected last year.

The centre says most people who contract West Nile won't realize they have the virus. Symptoms include fever, headache, muscle weakness, aches, malaise, rash and sensitivity to light.

Generally, people who have the virus are told to rest and drink fluids, though they can require hospitalization.