Dennis Guay has been missing since a fire destroyed the building he lived in. Those who know and love him say he is a kind and hopeful man, known for his storytelling and guitar-playing, who deserves to be accounted for.

On April 11, flames tore through the Winters Hotel in Vancouver's Gastown neighbourhood, a single-room occupancy building housing 71 people. Firefighters rescued several residents from the blaze but were not able to thoroughly search the building. The next day, BC Housing said no one who lived there was unaccounted for. The Crown corporation does not own or operate the building but did provide funding and was working with the property management company to find shelter for displaced residents.

'I FEEL FORTUNATE FOR HAVING BEEN PART OF HIS LIFE'

Workers at Union Gospel Mission, an organization working with people on the Downtown Eastside, helped Guay move out of UGM's emergency shelter and into the hotel in 2020, according to spokesperson Nicole Mucci.

"Despite living through difficult circumstances, he was very resilient and kept an open heart. He maintained a sense of hope and positivity that was refreshing to those of us that had the privilege of knowing him. Dennis was a great storyteller, and he was generous in sharing his life experience and wisdom. He also was professionally accomplished, was very intelligent and educated," reads a statement from the worker who knows Guay best.

"Not only did he love playing guitar, but he had an incredible ear for music and particularly loved hard rock. He was an incredibly kind, warm, and patient man. I feel fortunate to have been a part of his life.”

His family is asking for privacy, but provided a statement to Mucci echoing similar sentiments.

"Den is a deeply loved member of our family. Our hearts keep thinking of his gentle nature and kind soul that only saw the good in others," it reads.

Caseworkers with the organization stayed in touch with Guay over the years, touching base weekly and working with him when he needed help getting hearing aids or setting up appointments.

"After the fire happened, one of our case managers tried to reach out to him, tried calling him, texting and emailing him. Typically, if we didn't get a hold of him that day, he would get back to us within a few days.

By April 26, there was still no word from Guay, and staff at UGM reported him missing to the Vancouver Police Department.

"The investigation is active and ongoing," said spokesperson Const. Tania Visintin in an email to CTV News Friday.

Demolition of the fire-ravaged building was halted on April 23 when crews discovered a body. Several hours later, a second person's remains were found. Neither of the people who died has been officially identified. However, the tragic discovery raised questions about earlier statements from the housing provider that everyone who lived there was accounted for.

Those questions linger for Mucci, the caseworkers at UGM and Guay's family.

"We don't have any real answers right now about what happened to Dennis," Mucci says.

"We noticed that Dennis was missing and not accounted for because our case managers had a really personal relationship with him. They loved him and cared for him and kept in touch with him. But there are individuals, perhaps living in SROs, that don't have those same types of deep connections or bonds with different organizations. And it is really scary to think how easily somebody could fall through the cracks."

Mary-Ann Garlow, another resident of the Winters Hotel, was reported missing eleven days after the fire. Her family have said she is one of the two people who died inside the building. Her family has also raised questions about how and why Garlow was not properly accounted for. 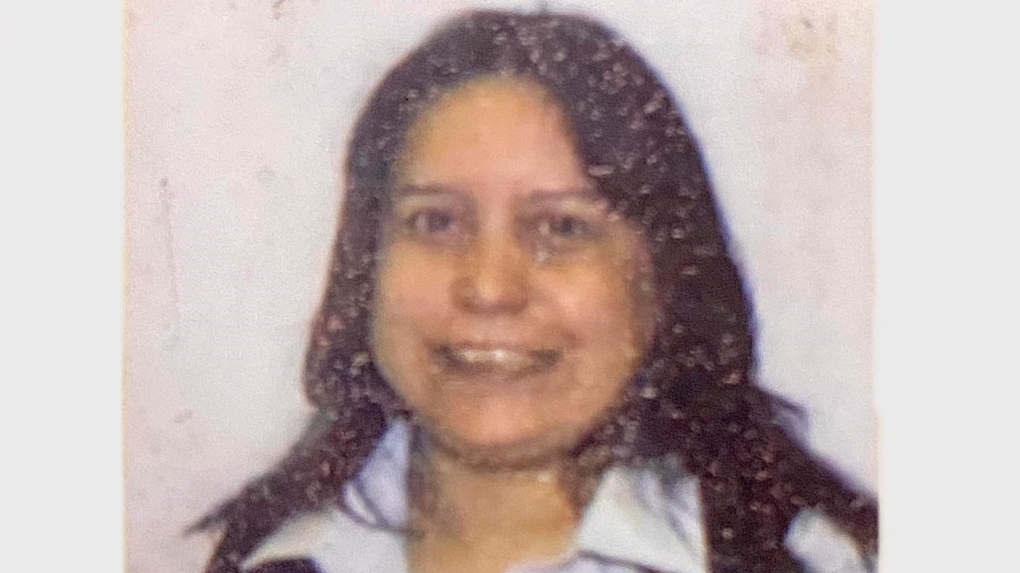 The family of Mary Anne Garlow has identified her as one of the people whose remains were found in a building in Vancouver's Gastown that was destroyed by fire.

The Winters Hotel is operated by Atira Property Management Inc. After two bodies were discovered last month, CEO Janice Abbott told CTV News that the organization's staff were devastated by the news, although it was not entirely unexpected because Garlow had been reported missing.

"We're not clear who the second body is," she said at the time.

CTV News has reached out to Atira Property Management Inc. to ask why Guay was not reported missing sooner. This story will be updated if a response is received.

In a statement Saturday, a spokesperson for BC Housing said it worked with the police, the fire department and Atira in the immediate aftermath of the fire to confirm the safety of residents.

Work is ongoing to "better understand how the two residents were inaccurately accounted for during building evacuation, and if there are any necessary adjustments to policy and procedures for buildings under BC Housing management or that are publicly owned," the statement said.

'WE DON'T EVER WANT TO SEE THAT HAPPEN AGAIN'

Mucci stresses that she is not raising questions in order to assign blame, and that an internal investigation is ongoing. But she does say Guay's case raises important issues about how to plan for future emergencies, particularly those that impact vulnerable or marginalized people.

"Nobody's family deserves to go weeks and weeks not knowing what happened to their loved one. It's been weeks that this family hasn't gotten closure and we don't ever want to see that happen again."

Guay was in contact with his family and connected to a community-based organization, and his absence was noticed and ultimately reported. But Mucci says that's not the case for everyone.

"The sad reality is that there are so many people in our neighborhood that might not have those relationships and it might take a little bit longer for them to be noticed if they were unaccounted for. People aren't disposable. People matter, every single person matters," she said.

"It doesn't matter if you live in an SRO, or if you don't have a home or if you're struggling with addiction or if you have mental health barriers – people as individuals matter. Every single one of us deserves to be accounted for and loved and looked out for."

The investigation into the fire is ongoing. The fire department has said the preliminary findings suggest it was caused by unattended candles. The building's sprinkler system was disabled at the time, having been turned off after being activated by a fire three days prior.