'We could all improve': Police remind drivers to take caution in school zones 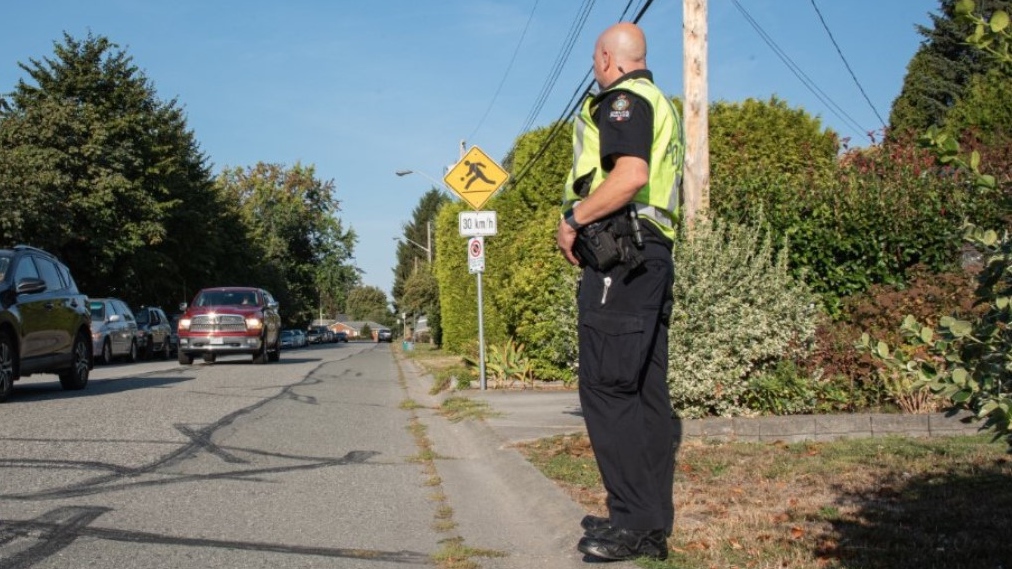 Police in Delta will be patrolling school zones next week. (Delta Police Department/Twitter)

With classes back in session next week, police are reminding drivers to be extra cautious around school zones.

School zones and playground areas have a strictly enforced 30 km/h speed limit and police will be out in some neighbourhoods next week reminding drivers of that limit.

"Our traffic police officers primarily use unmarked vehicles for traffic enforcement," said Cris Leykauf, spokesperson for Delta Police Department, which plans to have extra officers out near school zones next week.

"We just want parents to be aware that even if it might not look at first glance there's increased enforcement, they should be assured that patrols will definitely be stepped up around our schools."

Meanwhile in Coquitlam, Mounties say they'll be near schools next week as well, visiting more than a dozen zones to remind drivers about speed limits.

"Traffic is always an important issue for people in Coquitlam and Port Coquitlam, but we'd like everyone to understand it's not just 'other people' who are the problem," said Cpl. Michael McLaughlin with Coquitlam RCMP in a news release.

"We could all improve. We're encouraging drivers to bring their best driving behaviours for back-to-school and to be open to developing new and better habits in the future."

"We’ve noticed a lot of children who are not being appropriately protected in vehicles. That’s why on Saturday, Sept. 7 we’re launching an education and enforcement campaign," McLaughlin said.

"We’re teaming up with ICBC, Child Passenger Safety Technicians, and our own Coquitlam RCMP enforcement officers and volunteers to spread the word at Town Centre Park. We’ll have everything you need to learn the best ways of keeping your children safe in a vehicle."

Police are also asking parents to remind their children to use crosswalks and look both ways before crossing the street.