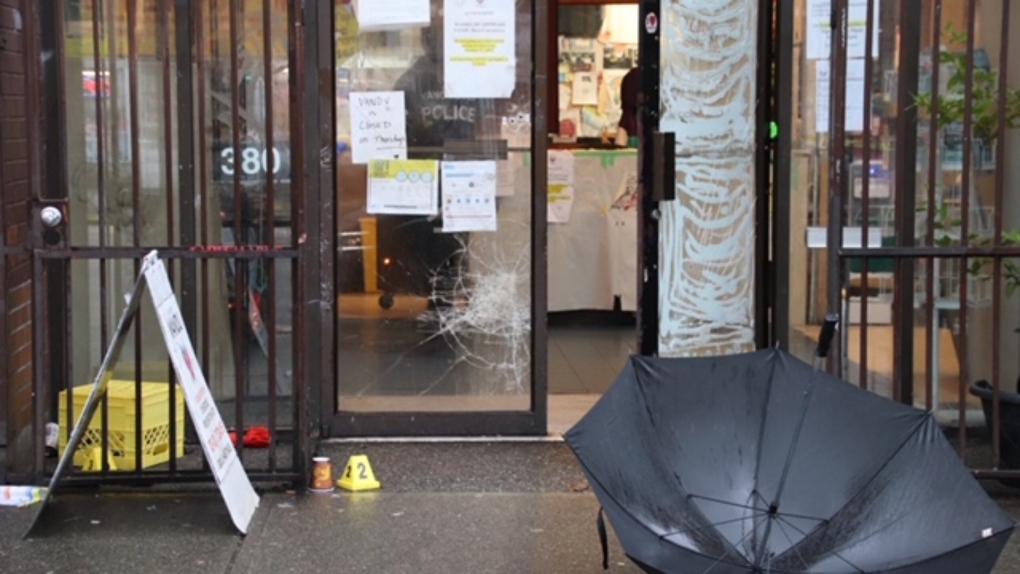 Images from the scene showed broken glass in the window of a building on Hastings Street. (CTV)

Vancouver police responded to a shooting in the Downtown Eastside late Sunday afternoon.

The call for shots fired came in around 4 p.m. in the vicinity of Hastings and Dunlevy streets. Officers blocked off the area, placing several evidence markers on the sidewalk and roadway.

One person was injured and taken to hospital in serious but stable condition, police said.

Images from the scene showed broken glass in the window of a building on Hastings Street.

Police said their investigation is in its early stages, adding that the shooting appeared to be an isolated and targeted incident.

Less than two hours after the initial call, Vancouver police also blocked off a large area nearby, at the intersection of Pender and Abbott streets, near the Chinatown gate.

As of 7:30 p.m., police had not indicated whether the two scenes were related. Nor had they said what happened at the second scene.

Police did confirm that officers from the Vancouver Police Department's Major Crime Section are investigating.