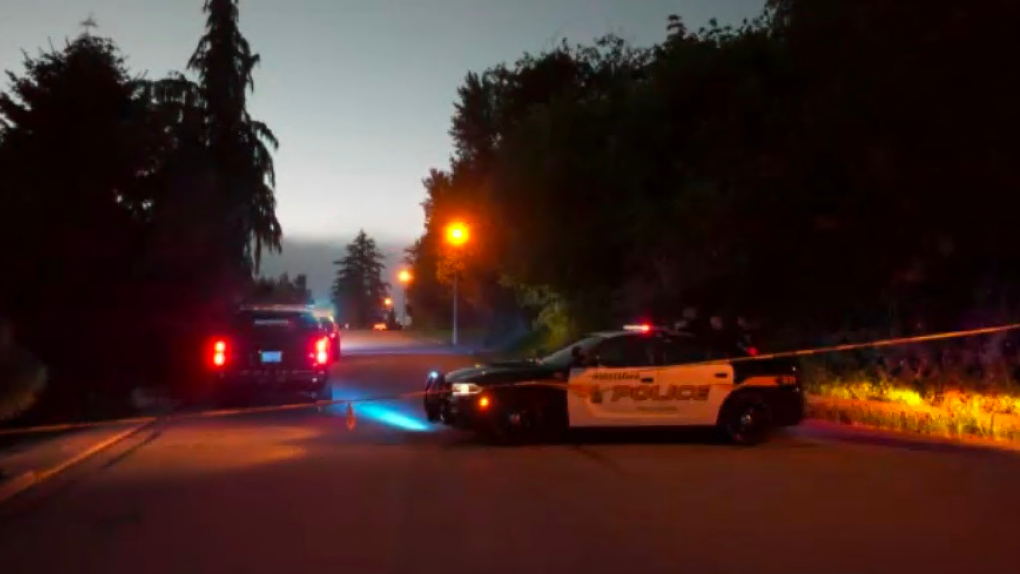 Abbotsford Police say they responded at around 7:50 p.m. Friday to a report of shots fired in the 2700 block of Lucern Crescent. (CTV)

VANCOUVER -- Homicide investigators have identified the man shot and killed in Abbotsford Friday and are now appealing for dash cam footage from potential witnesses.

Police were called to a home at Lucern Crescent near Lower Sumas Mountain at about 7:50 p.m. Friday. When they arrived, they found Karmjit Sran, 43, had gunshot wounds.

Sran died at the scene from his injuries and the Integrated Homicide Investigation Team was called in to take over.

"In these early stages of the investigation, we know that the victim was known to police and that this shooting has all the hallmarks of a targeted hit," said Sgt. Frank Jang in a news release Sunday.

"We are working hard to determine motive."

Now, investigators are asking anyone with dash cam video from that evening between 7 to 8:30 p.m. that evening to come forward. Specifically, they're looking for footage from these areas:

Investigators didn't specify what they're looking for in the footage, but anyone with video or additional information is asked to contact IHIT at 1-877-551-4448. Tips can also be sent anonymously to Crime Stoppers.