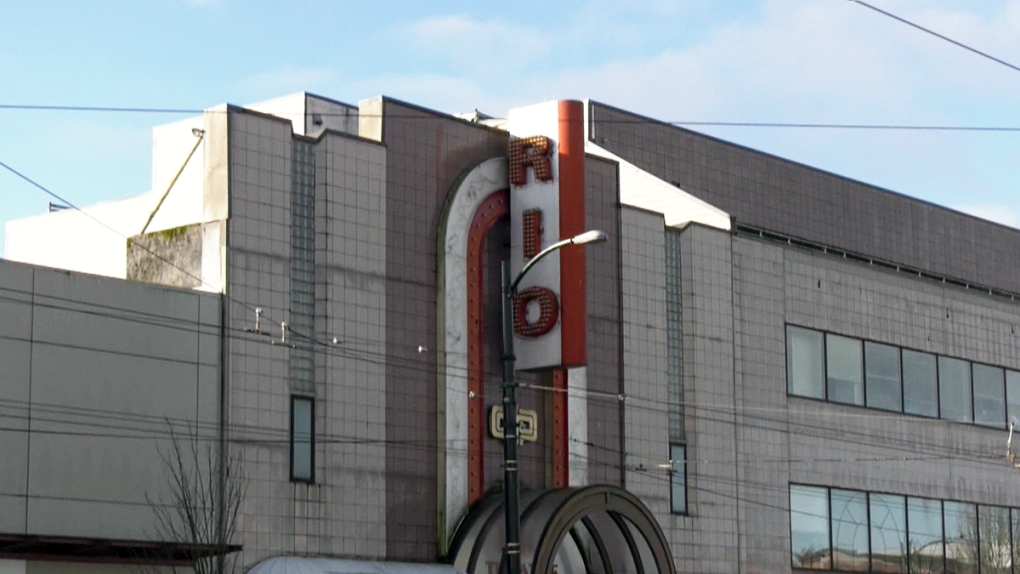 VANCOUVER -- After three and a half months of an empty theatre, the Rio welcomed movie goers back Thursday night.

The doors opened at 6 p.m. for the first time since being forced to close when the COVID-19 pandemic started.

Phil Bond was first in the line for the moment.

"The Rio is my sort of home away from home," Bond said.

"I moved here from New Zealand about five years ago and right before I moved to Vancouver I thought, I really hope there’s a movie house where I can see 'The Room' on a Friday night and then I found out they do crazy stuff all the time."

Cinemas reopening are part of B.C.’s Phase 3, but crowds are still limited to 50 people indoors. Owner and operator Corinne Lea says the aisle seats are off limits so people can still be physically distant when moving around the theatre, but other seating is not assigned.

"Because there’s only 50 people and the theatre is so big we’re just going to let people use their common sense and space themselves out," Lea said.

The Rio has the capacity to seat 420 people, having numbers reduced to just 50 mean it's operating at about 12 per cent.

Lea says it's not financially sustainable and is hoping health officials will increase the limit to 100 people.

"What we’re hoping is that the health minister will see that we feel that theatres with fixed seating is actually safer than restaurants," Lea said.

"When you’re watching a movie you’re not talking, you’re sitting still, eyes up on the screen, people aren’t getting up socialising so I definitely feel that this is a much safer environment."

Cineplex is also reopening some B.C. locations this week, while Vancouver’s other independent theatre, The Dunbar, has remained open throughout the pandemic for small, private groups.

Owner and operator Ken Charko says he plans to keep it that way.

“Our focus isn’t on volume, it’s on safety,” Charko said. “What we’ve learned here at the Dunbar is that customers want, above everything, is a sense of safety. We do temperature checks, we've got masks, shields, we’ve got everything.”

Toddler becomes youngest person to die of COVID-19 in B.C.

B.C. tourism industry supports ban on non-essential travel, if it means having a summer

'You will not be able to do it': Former solicitor general doubts B.C. can enforce travel restriction

Unlikely that any beach partiers were given COVID-19 fines, Vancouver police say

All B.C. residents 18 and up invited to register on COVID-19 vaccine booking system